A new façade turns an aged mall in Switzerland into a modern shopping experience.

When the Illuster mall was opened in the Swiss town of Uster in 1973, it turned heads: it was the biggest building in the town. 40 years later, this shopping destination needed an update. Citizens still wanted a central, attractive place to shop in the town. So a comprehensive renovation began in 2015 under the oversight of the Austrian firm Baumschlager Eberle.

The building was restructured internally. Thanks to an atrium, visitors are welcomed into a brighter atmosphere with more space to wander around different shops. Outside, the center was given a completely new look. The seventies-era façade received an energetic makeover and was clad in fiberglass concrete.

The precast elements were given a kaleidoscope look. To achieve this, steel models were created that the team then used to make their own formliners using RECKLI PUR. Using these formliners, precast plant DAKO Brno created 3,000 precast concrete elements to cover around 2,800 square meters of façade. The exterior skin was designed as a curtain façade, and the shopping mall was completed in 2017. 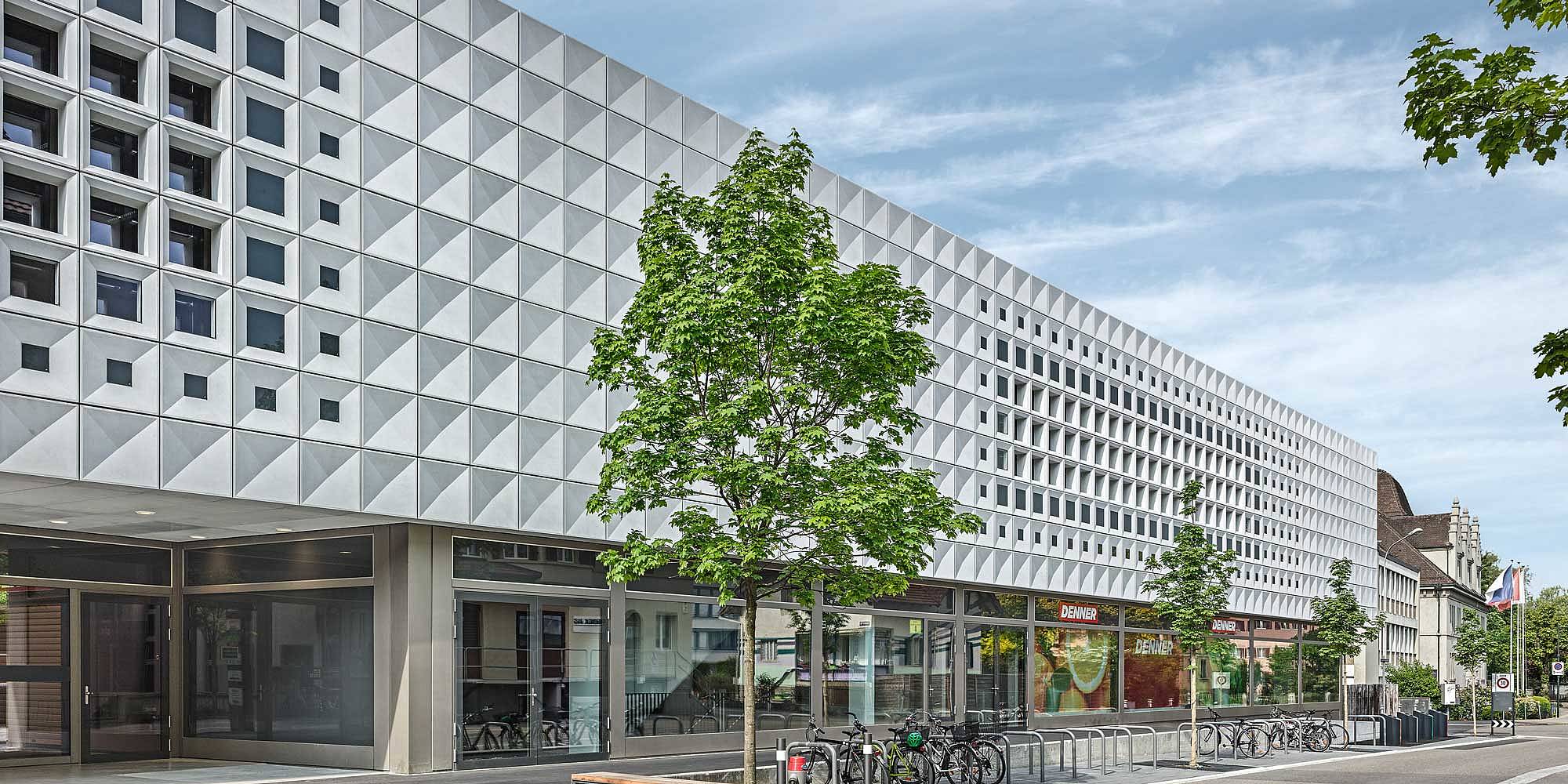 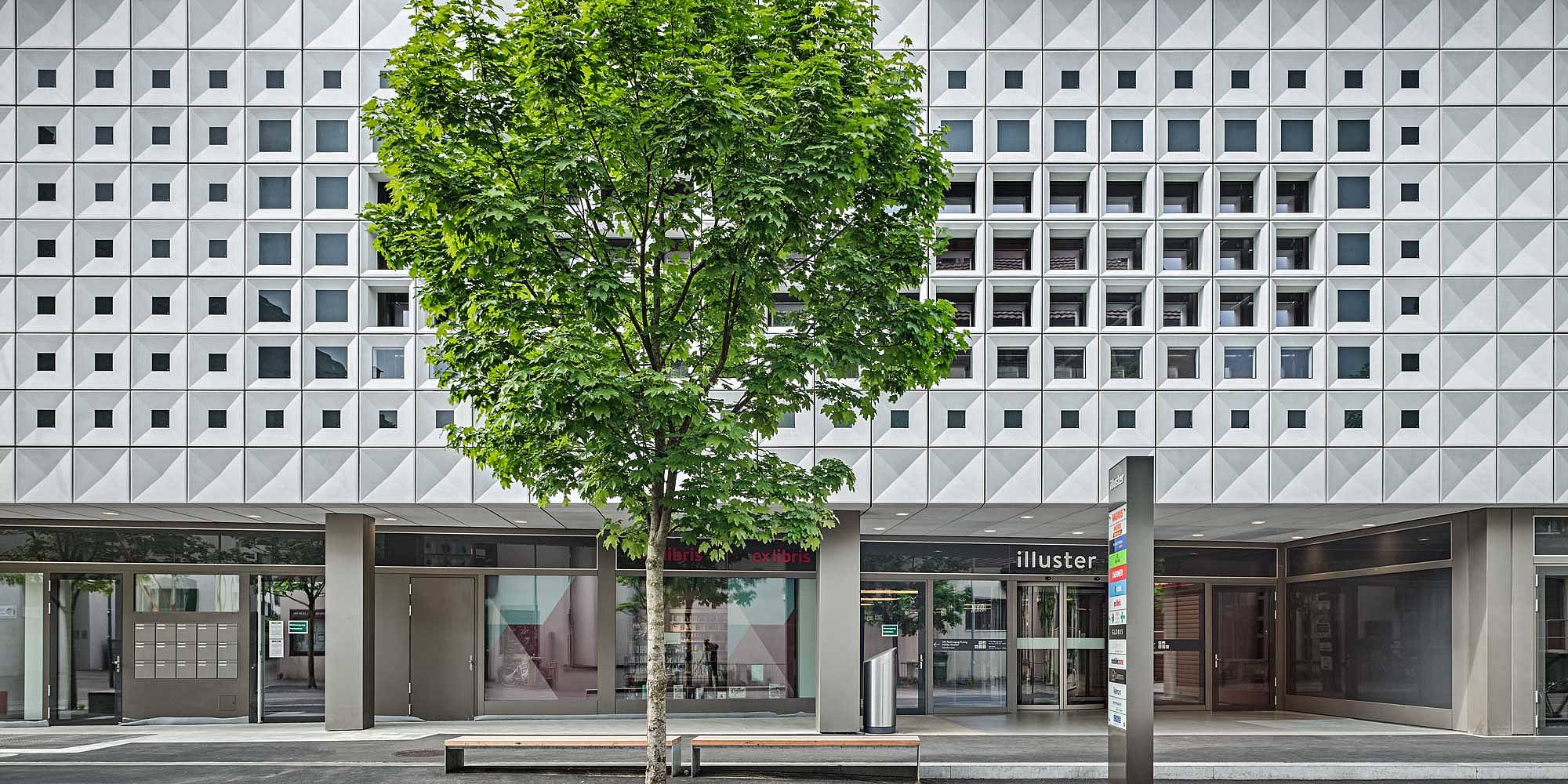