The new Nobu Hotel is creating a real visual statement in London’s Shoreditch. This building’s shape is as unusual as its façade.

The London area of Shoreditch is known as a trendy, artsy neighborhood. No wonder that the Nobu Hotel chose this place as its home: Nobu combines the artful cooking of celebrity chef Nobu Matsuhisa with a luxurious hotel experience – supported by his business partner, actor Robert de Niro.

You can see from the outside that the Nobu Hotel is something special. The construction is based on the district’s industrial past, combining steel with glass and concrete. The building gets narrower with each floor, but there are raw steel girders jutting out of the building’s eastern side – almost as if the construction is unfinished.

The façade is dominated by glass and concrete, completed using lightweight concrete slabs. The architects chose a texture from the RECKLI SELECT series to design the exposed concrete: the 2/163 Fraser design applies a wooden texture with unevenly arranged boards to the façade. Dutch precast plant Fydro BV ordered 60 formliners measuring 3.25 meters x 0.992 meters for a total of 193.44 square meters of formliner surface area. The originally horizontal texture of the formliner was used vertically. The texture and color of the concrete give the outside of the hotel an exciting look. 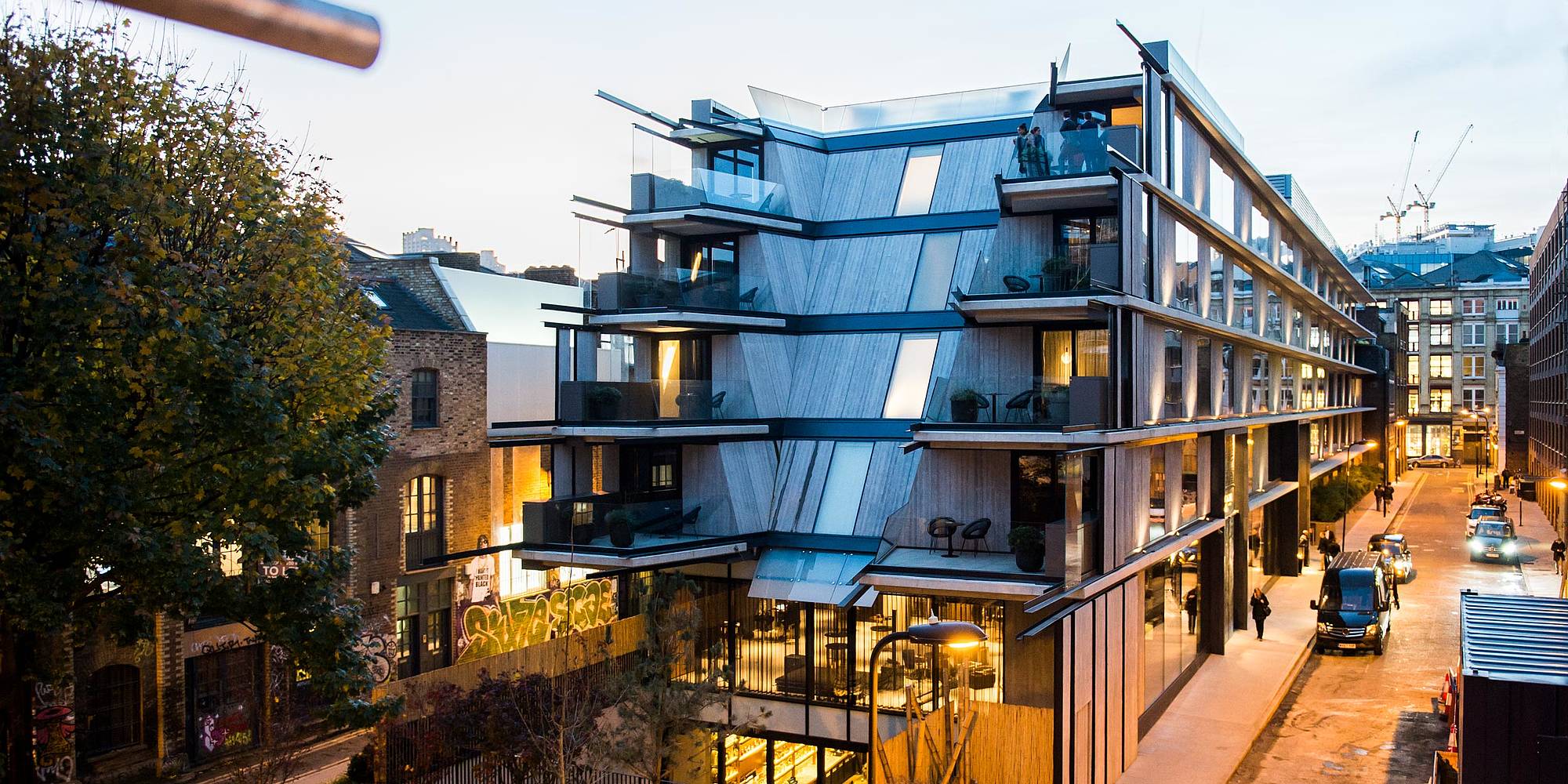 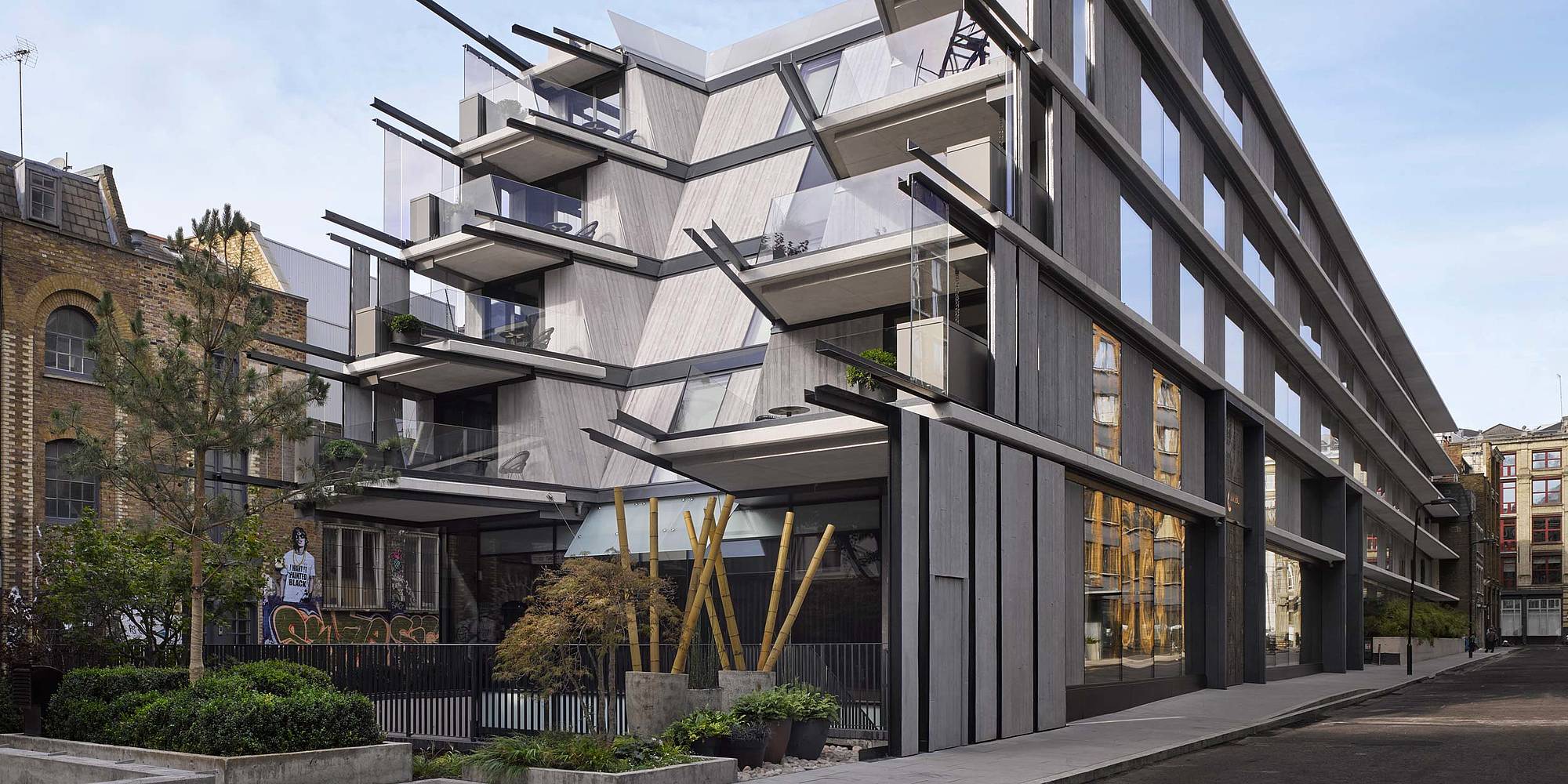