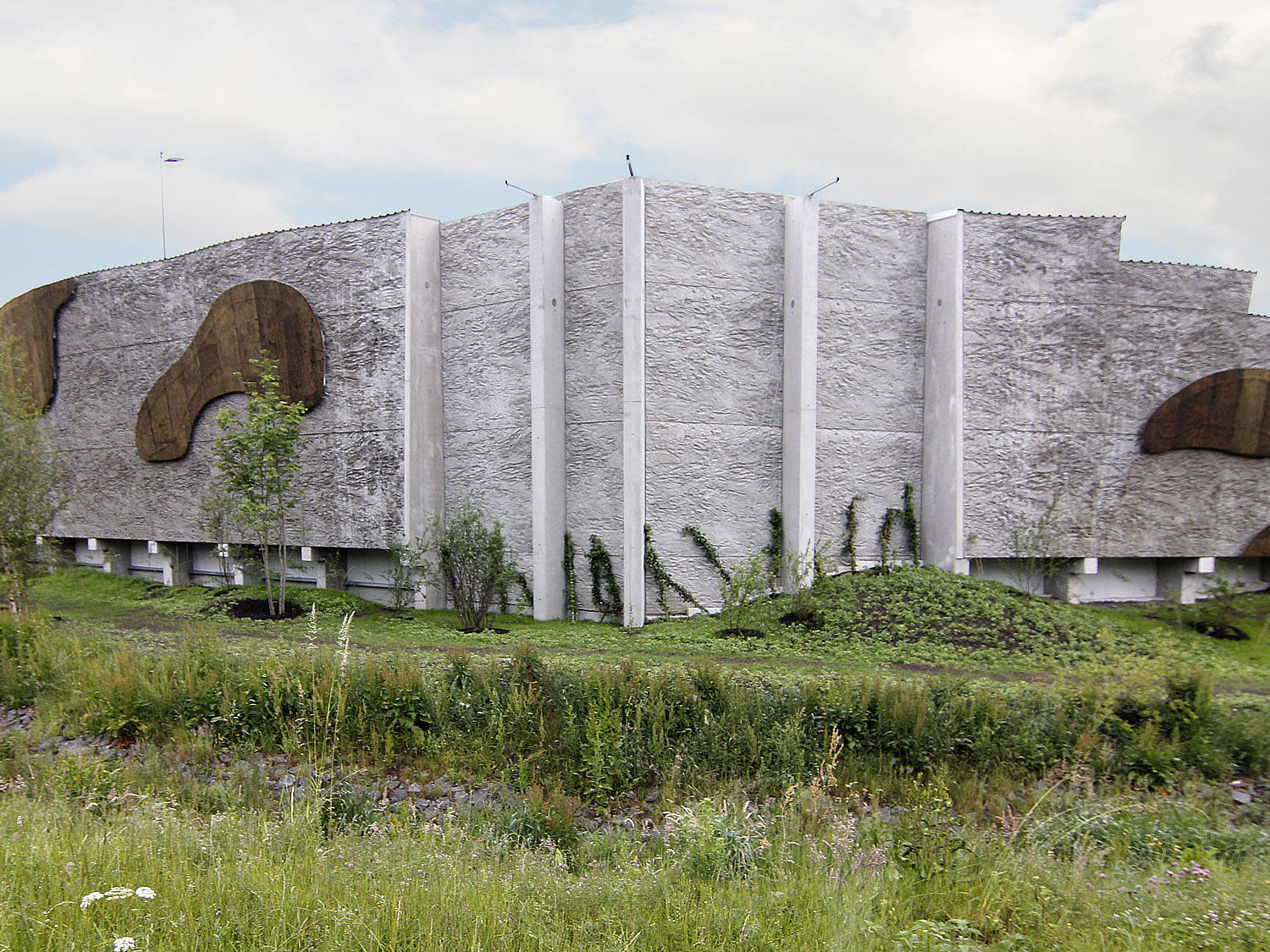 The sound insulation wall along the logistics area of the Krombacher brewery embodies a new approach to noise protection: it combines an obvious purpose with design and added ecological value.

The Noise Protection Act: a typically dry governmental phrase that suffocates creativity - countless gray concrete walls along German highways are the best evidence for this.

The Krombacher brewery in North Rhine-Westphalian Krombach is the exception that proves the rule. A sound insulation wall has been erected along the logistics area of this brewery to protect nearby residents from the sounds of brisk logistics: from Sunday to Friday, there are often constant deliveries, loading and pick-ups. But instead of making residents stare at a gray sound barrier, the clients and the architect developed the idea for a wave-shaped wall with surface texture and additional greenery. It was dubbed the “Green Wave”. Krombacher invested 1.5 million euros in the wall, with the whole project costing 2.7 million euros.

The project was designed by landscape architect Andreas Kipar. His job was to bring the surrounding green landscape with its hills and nearby flowing river into harmony with a ten to twelve meter high wall and the large factory behind it. To make the construction less heavy, the wall was designed with a waved shape and features a texture on the surface: using the “Cheyenne” concrete texture by RECKLI, a rock structure from the French Alps was cast into the concrete. The addition of greenery also lightens the structure. “Cheyenne” comes in five different designs; Kipar personally chose the sections for the wall at the RECKLI factory. To avoid the need for an insulation layer and to ensure that the waves were light, RECKLI made the formliners considerably thicker than usual. 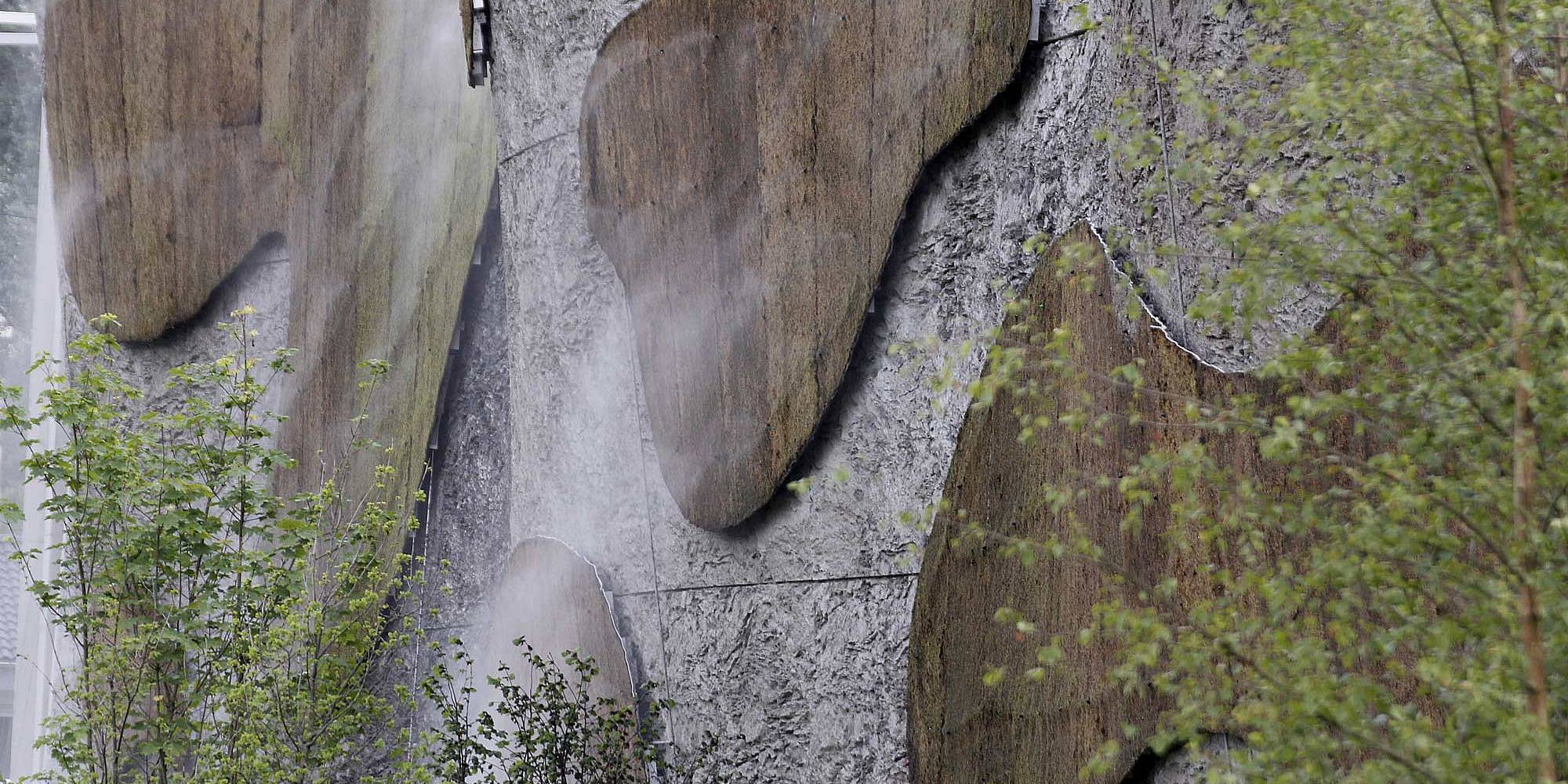 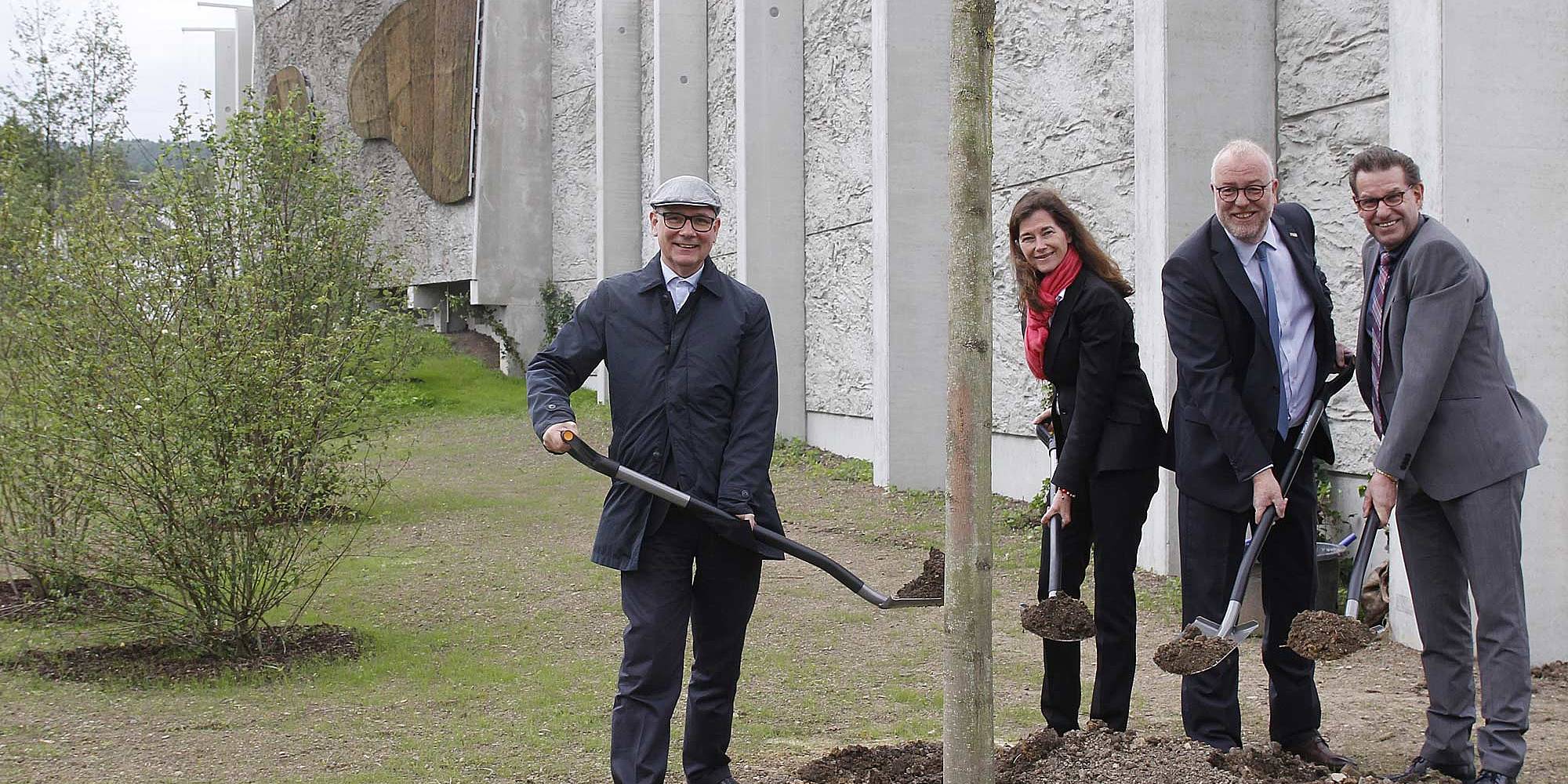 But architect Kipar wasn’t satisfied with just the wave. The wave was also adorned with greenery to highlight the relationship between the surrounding nature and the client: moss applied to the concrete symbolizes the Krombacher island, a term which many beer lovers will recognize from their TV ads. An especially constructed watering system creates a mist that keeps the moss moist and alive. A forest of hops grows in front of the wall. Ivy has been planted at another spot and will climb up the wall. The Krombach flows not far from the wall. The sound insulation wall is alive: its image will change with the seasons, offering residents an ever-changing view. All the while, the mist creates a delightfully mysterious ambiance. Krombacher shareholder Petra Schadeberg Hermann calls the Green Wave a vertical landscape: “a contribution to the green lifestyle and an artistic natural highlight.” On the back, the wall has been designed in the color concept conceptualized by Industrial Designer Friedrich Ernst von Garnier. So, this construction sits harmoniously in its environment even from the brewery side.

Thanks to its greenery, the construction is also ecologically useful: the moss was sprayed onto the mats as a mixture of cellulose, natural adhesive, earth and small pieces of plants. After it has established, it will function as a fine filter for the unavoidable exhaust fumes produced at the empties warehouse: according to Kipar, one square meter of moss filters as much as 17 fully-grown trees. The 270 square meters of moss on the wall can therefore filter as effectively as over 4,000 trees. With this added ecological value, the wall does justice to the brewery’s dedication to sustainability and eco-friendliness.