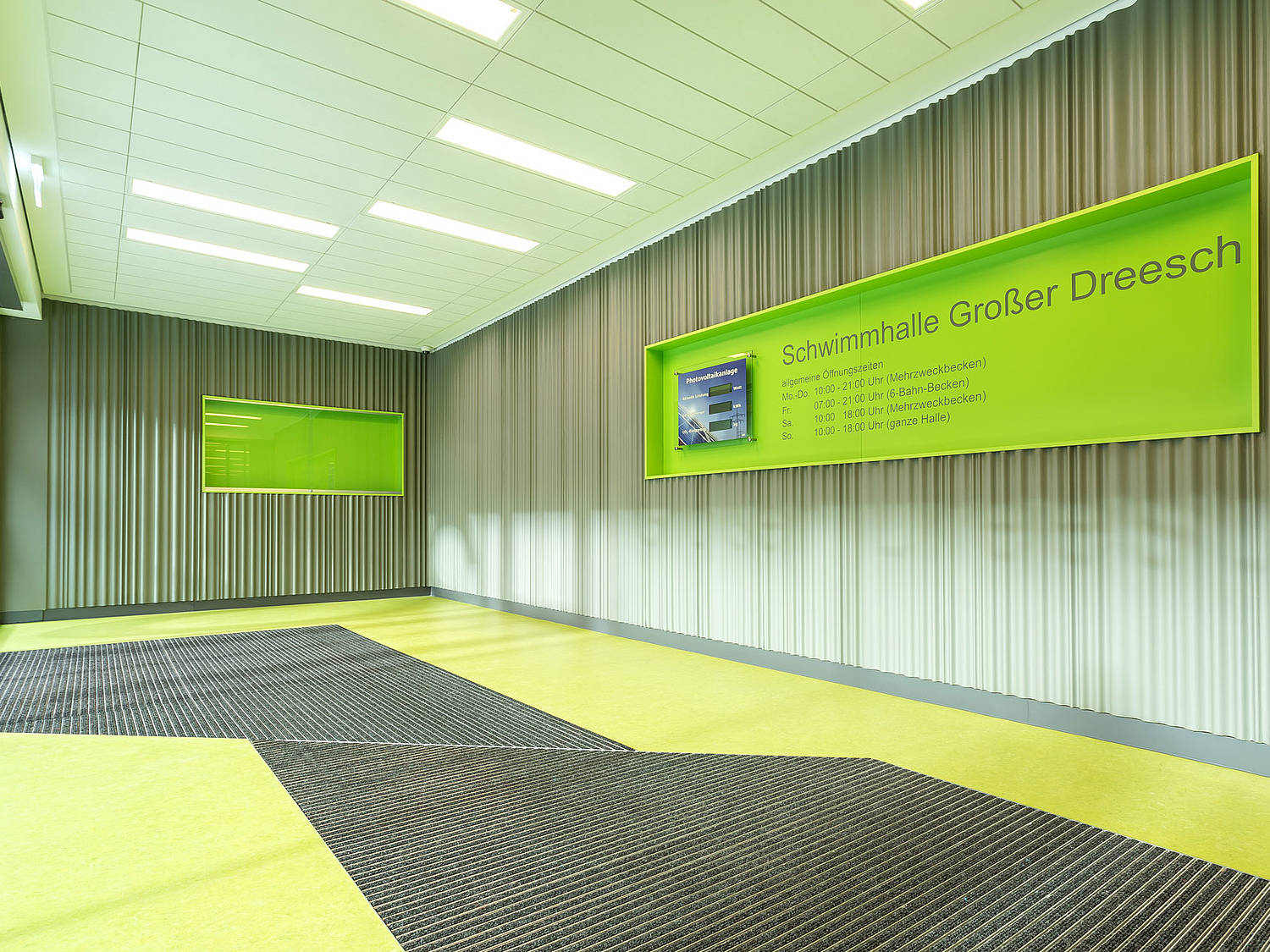 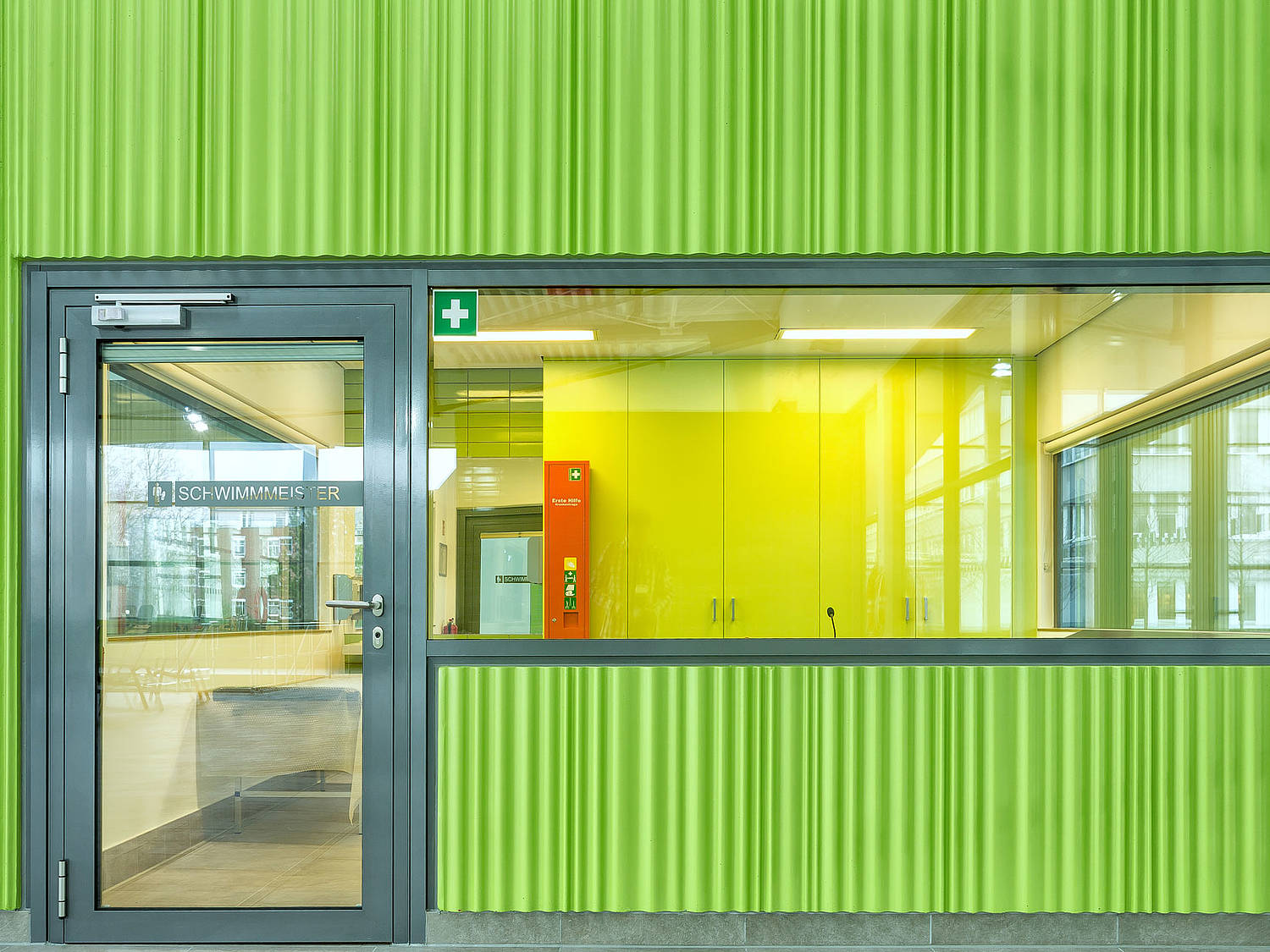 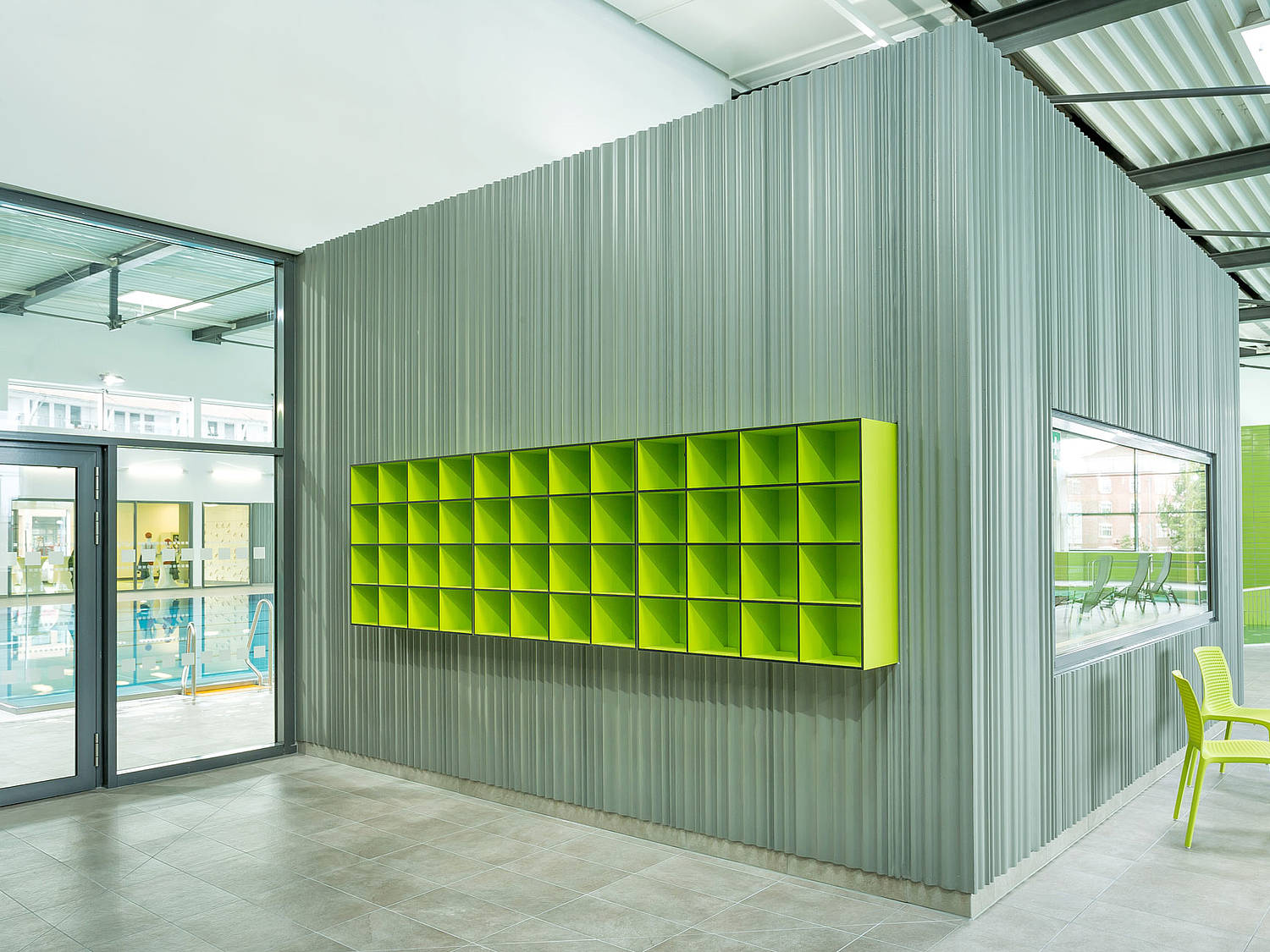 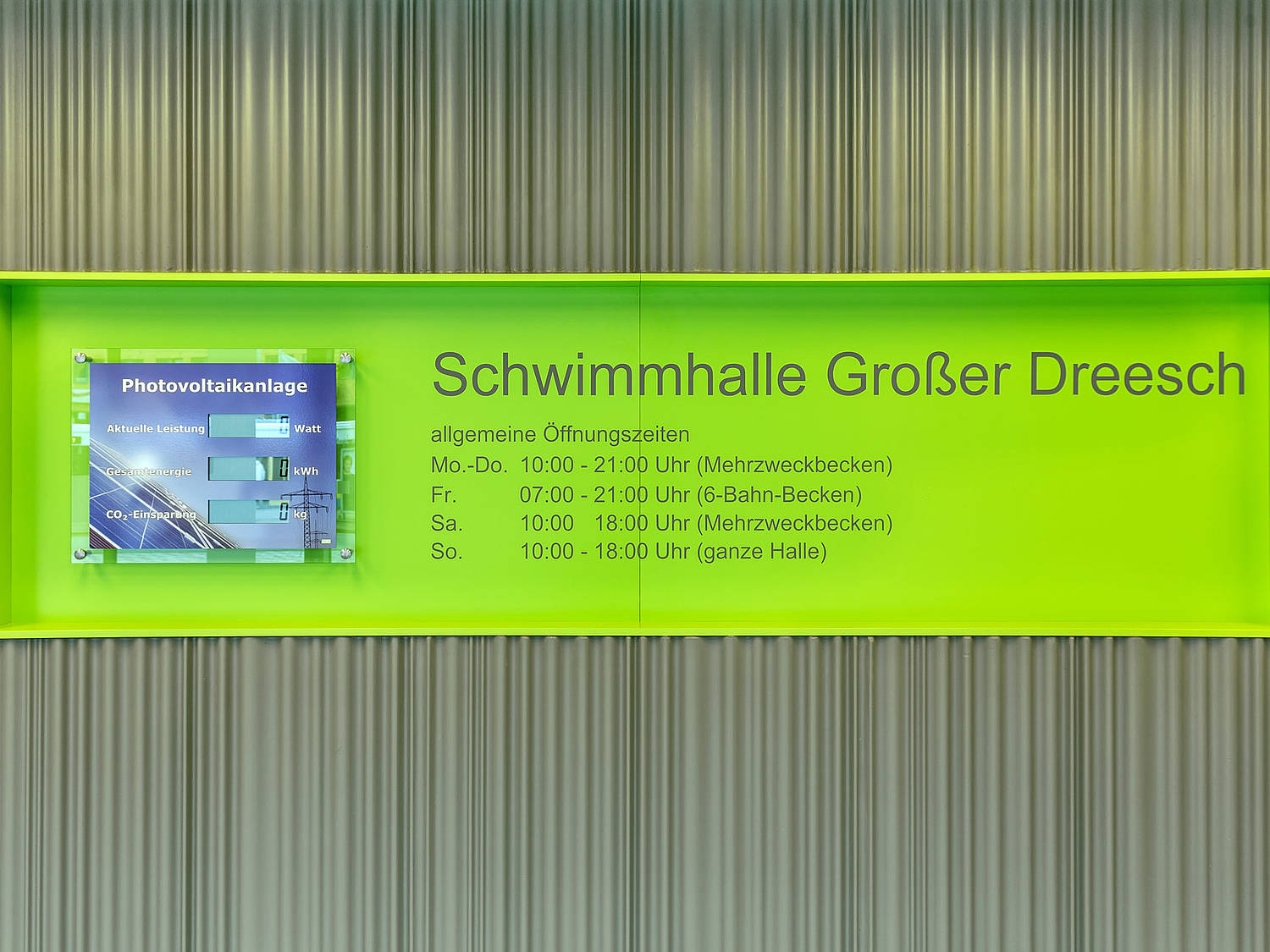 A large low-rise building with wave-like, curved roof slabs and a large window façade: For 31 years, the indoor pool based on GDR design specifications characterized the cityscape at the “Großer Dreesch” in Schwerin. Halls were constructed all over the former GDR according to the “Bitterfield model” – and in addition to the design, the building structure had also become outdated throughout.

The city administration of Schwerin also faced rising maintenance costs for the two indoor pools that existed in the city. For that reason, the decision was made to replace the old building with larger new developments. In December 2012, the water was finally drained at the “Großer Dreesch”. Considering the high operational costs, an energy optimized pool was desired. The planning company Bauconzept took care of the planning. “Planning an indoor pool is significantly more demanding compared to a gym or sports hall, as the water element plays a huge role”, says Anne Kretschmar, corporate communications representative. “That leads to substantial challenges, especially in the field of tile and insulation work.” The particular climatic conditions of an indoor pool, which also strongly vary depending on the field of use, result in steeper challenges for moisture and thermal protection. 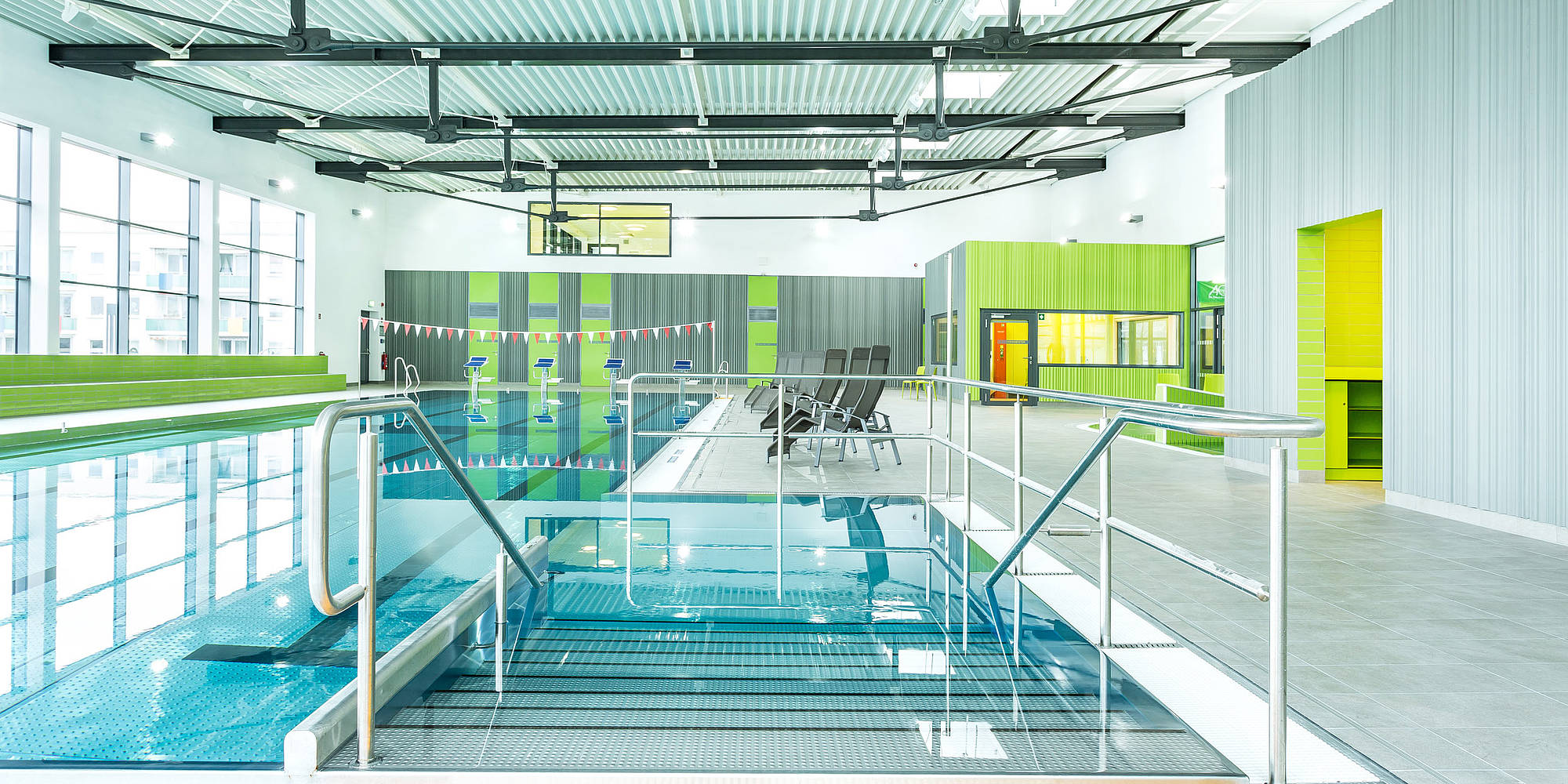 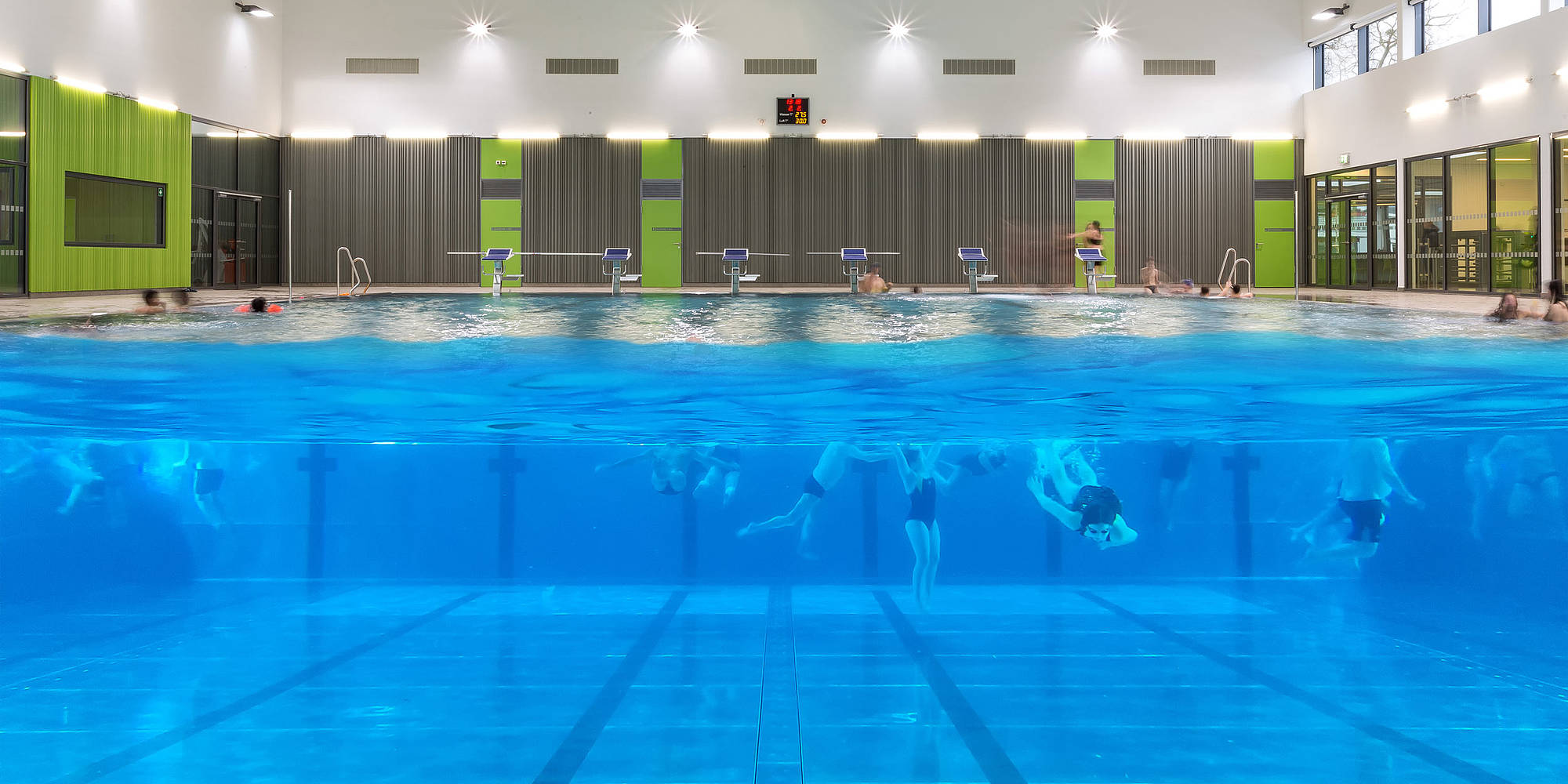 The Bauconzept team already has experience in this area; the architects repeatedly plan indoor pools. In the case of the Schwerin hall, the planners decided to initially deviate from the low-rise concept of the previous building and to develop single constructions for each different area of use which are strung together with different heights. The staggered heights give the compound an exciting appearance from the outside already. In addition to the foyer, the changing rooms as well as the sanitary areas and the pool itself, the indoor pool facilities also include a multi-purpose area that is accessible from the inside as well as through a separate, second entrance and can also be used as a fitness and gymnastics area. A further area contains the building utilities, which includes the controls for the hot water supply, the photovoltaics system, heating and humidity of the hall.

To clearly structure the different usage areas, the architects also chose a color system to split the individual building parts using gray with blue stripes. “The metaphor of a fossilized ammonite that is surrounded by washed up ocean water served as an inspiration,” reveals Kretschmar regarding the choice of colors.

The interior is dominated by the colors blue, yellow, beige and green – they symbolize the colors of the Baltic Sea nearby: water, sun, sand and trees. The interior space is lent an additional dimension through the textured inner walls. Here the architects decided to use RECKLI formliners made of cement. The work was carried out by the shell construction company Groth & Co. “The wave pattern of the formliners is also well-received by the pool visitors, as a beautiful abstraction to the water theme”, says Kretschmar. It is not the first time that the planners relied on RECKLI: The elastic formliners of the specialist for architectural concrete were already used for the garden indoor pool in Mannheim-Neckerau as well as the industrial hall building of the chassis manufacturer IndiKar in Wilkau-Haßlau.