A Window to Music

The Conservatorium of Music in Melbourne’s city center asserts its presence with unusual shapes. The design gives passers-by a glimpse of the musicians inside and plays with the senses of the viewer even from the outside.

Music is a cultural asset for all of society. That’s why John Wardle Architects designed the new music conservatorium at the University of Melbourne, which allows passers-by a glimpse into the everyday life of musicians. “Unlike “The Enraged Musician” - etched by William Hogarth in 1741 depicting a conflict between the musician in his house and street musicians outside - the new conservatorium encourages curiosity and interaction between musicians and the public”, say the architects of their vision. The Melbourne Conservatorium of Music is one of the oldest music schools in Australia, so has an important position in cultural mediation.

The project’s planning and construction took four years and was completed in 2019. The construction boasts eight floors and 6,550 square meters of space for lessons, practice sessions and concerts. Various windows of different sizes invite passers-by to look inside yet are arranged so that the musicians can fully concentrate on their art as they work. “The learning and practice spaces feature bell-shaped portholes and hidden windows that let you see what’s going on inside. The largest of these openings is the round window to the orchestra practice room on the ground floor, which gives passers-by an inside look at musical education”, say the architects.

And it’s not just the windows making a statement on the building’s exterior. Parts of the concrete façade jut out, fold out to form canopies and seem to open up to the heavens. The multitude of concrete elements features recesses that have been finished with colored oval tiles. The tiles are from INAX - a company that was founded in Japan in 1926 in cooperation with Frank Lloyd Wright when the star American architect was overseeing the construction of the Imperial Hotel in Tokyo. 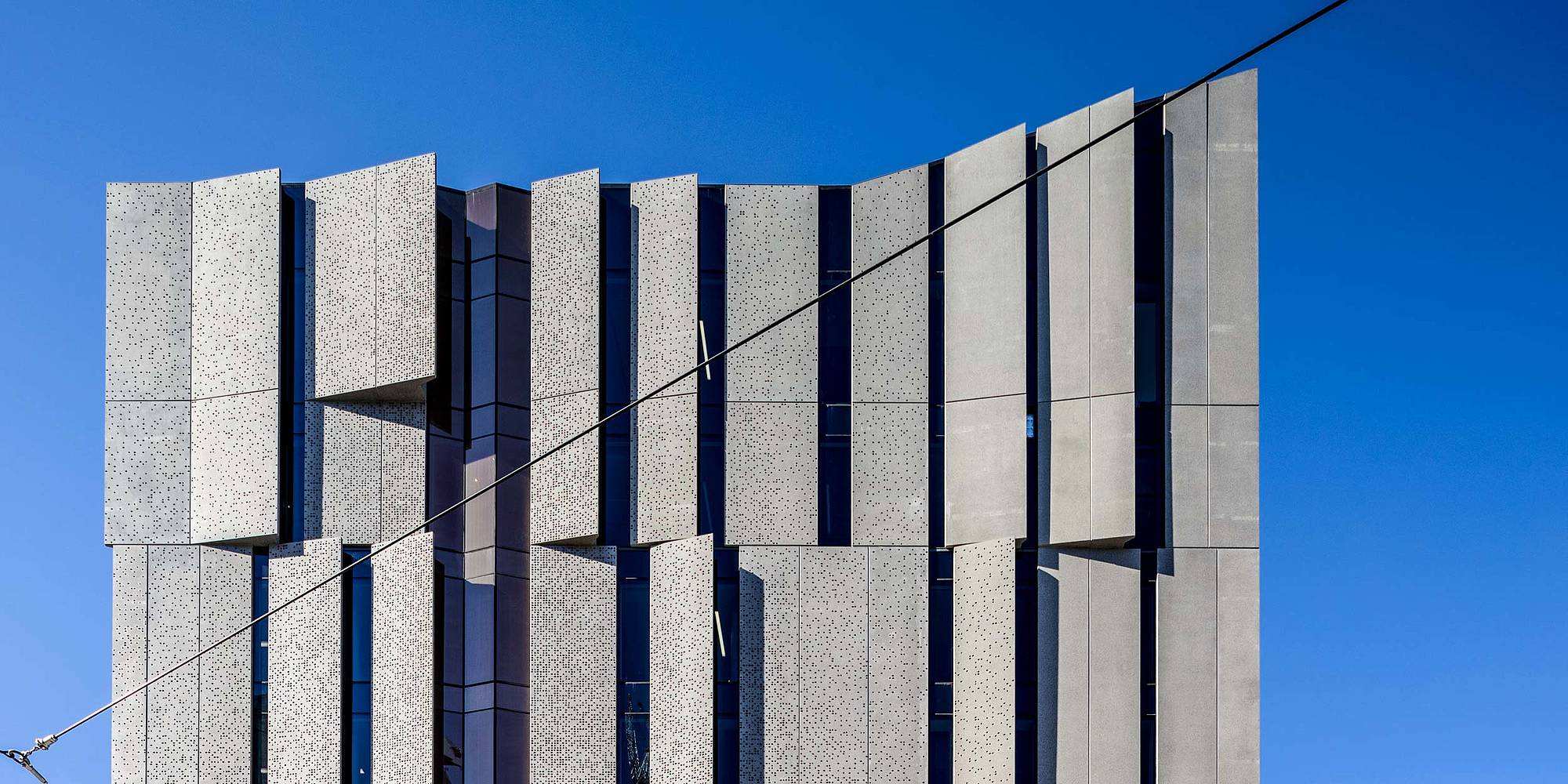 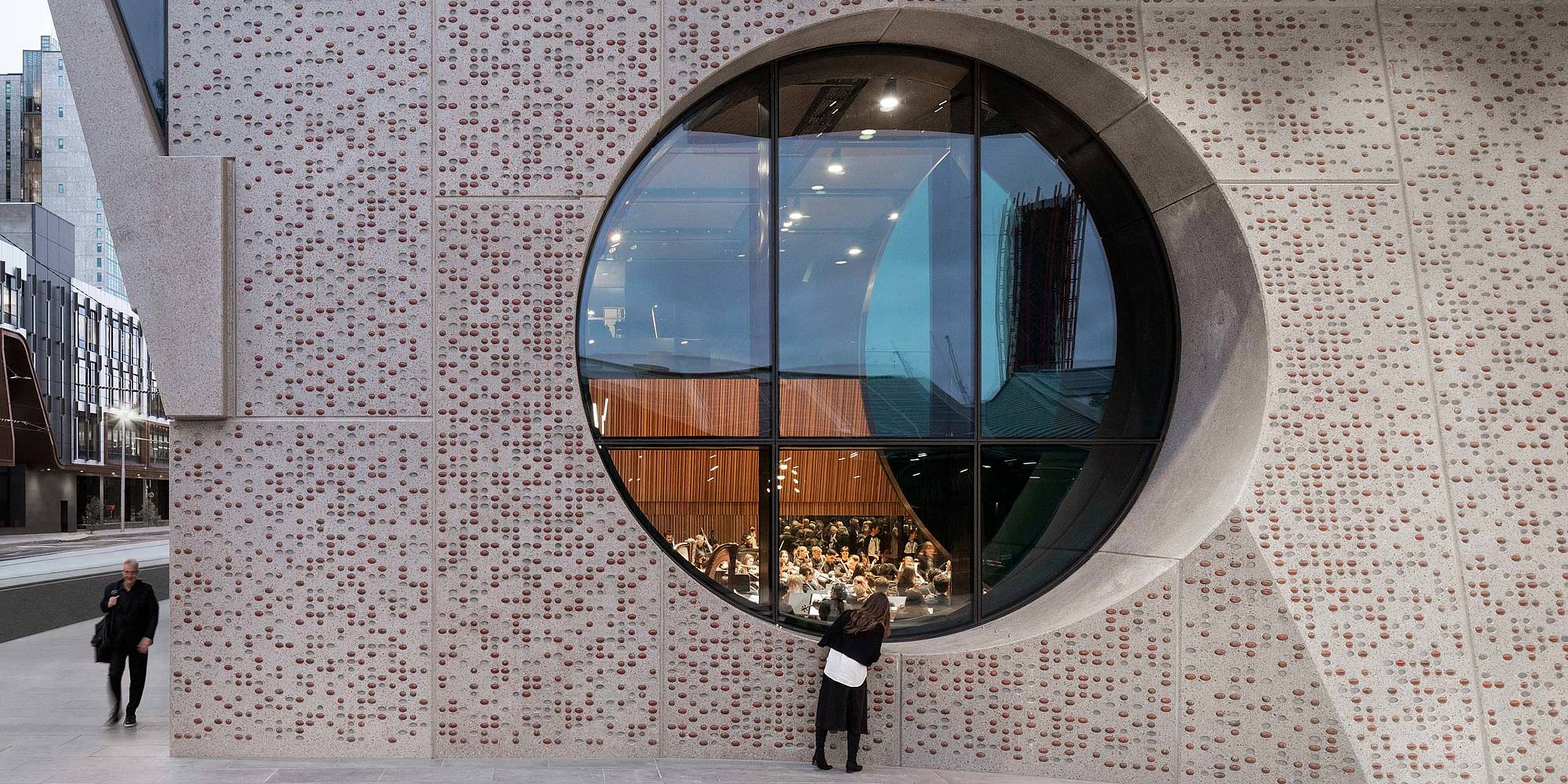 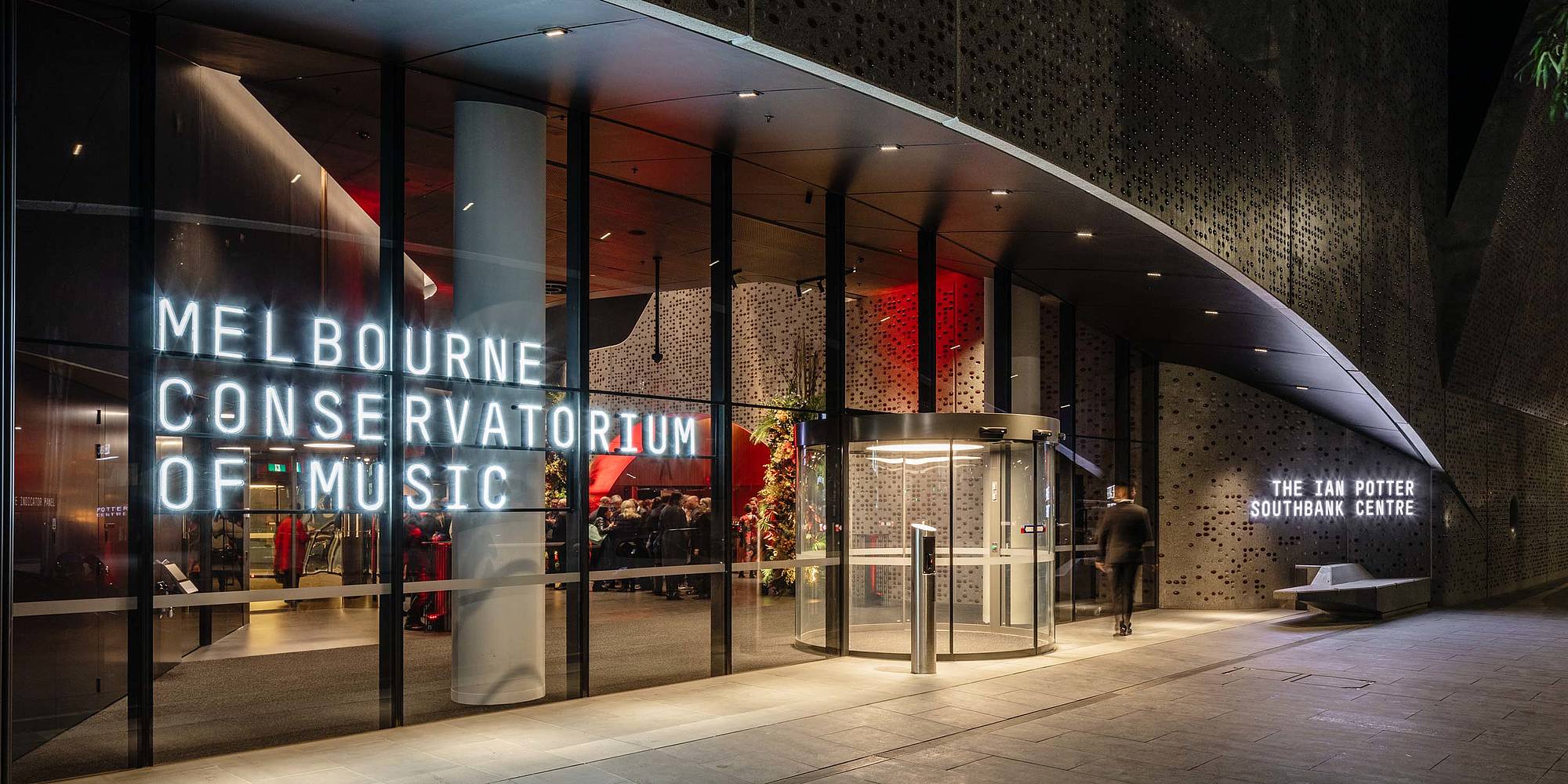 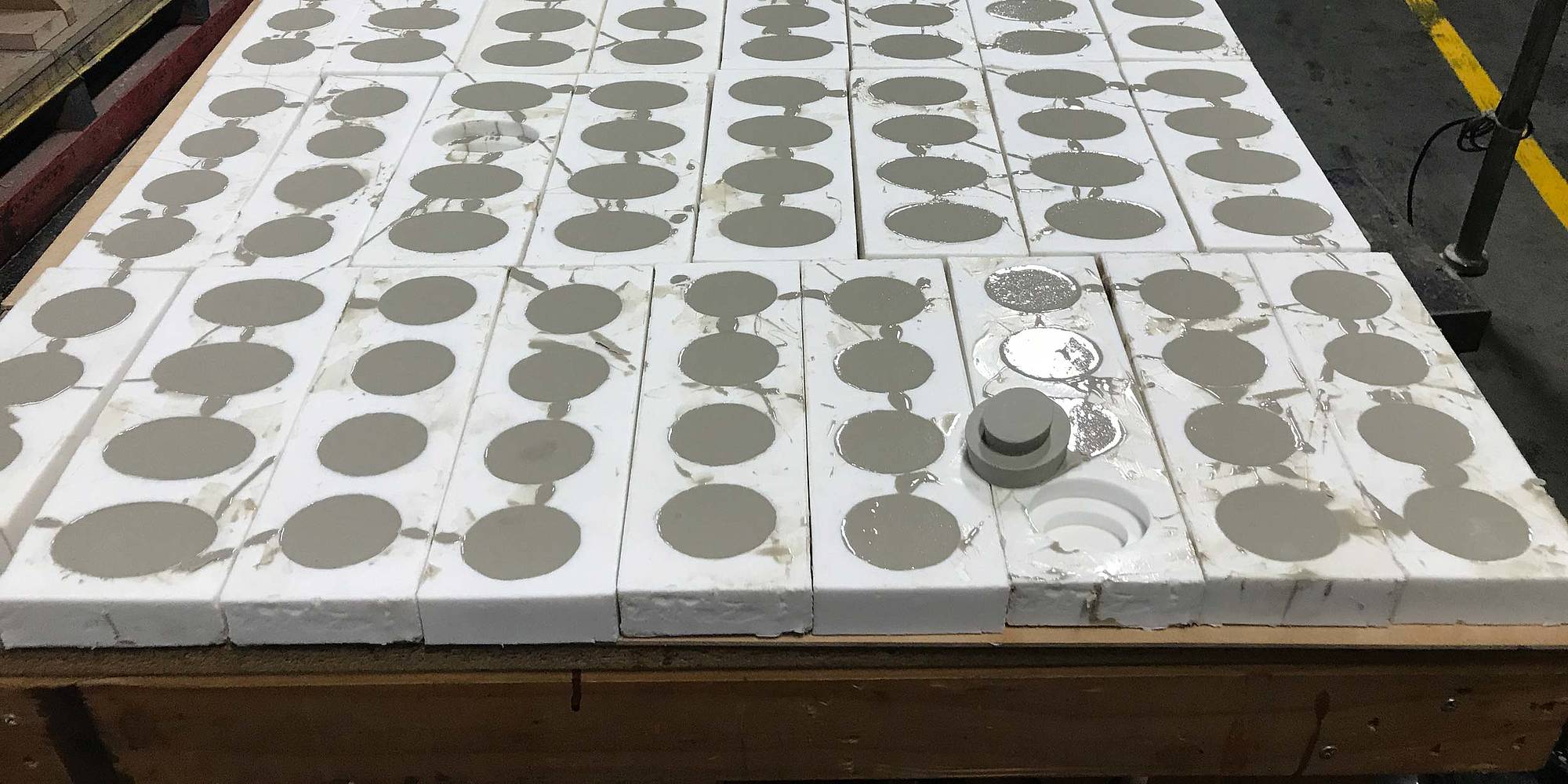 When it came to the concrete façade, the architects opted for a polished washed concrete look. Concrete processor Biano Precast established the exact mix with the architects. The concrete is made from three aggregates - Harcourt granite, Calca granite and Para Hills aggregate - that Bianco Precast sourced from the provinces of Victoria and South Australia.

Instead of an elastic formliner, RECKLI produced rubber molds for the recesses. These were based on drawings sent by Griguol to John Joveski, Managing Director of RECKLI Australia. RECKLI used RECKLI Pur 55 polyurethane to pour around 9,000 rubber shapes. The six different designs for the shapes were then arranged according to a pattern provided by the architects, and then used to produce the concrete elements.

Most of the elements for the concrete façade were flat. “We used 12mm thick plywood boards and cut the holes for the tiles into them using the pattern provided”, said Griguol. Finally, RECKLI’s rubber shapes were placed into the recesses. The concrete elements were then poured over these inserts in the molds. To produce the folded elements, Bianco Precast used Styrofoam boards that were then embellished with the RECKLI rubber shapes. The concrete elements were polished using the latest technology so that the aggregate is visible but the surface is smooth. “The oval tiles were then glued into the recesses using epoxy resin,” says Joveski. He took a look at the finished façade and was glad to have put Australian granites center stage so impressively and to have contributed to giving Melbourne’s long-standing music conservatorium a proud, worthy home.