An oasis for Singapore

Architects at London firm Heatherwick designed a residential block with a green lung in the center of Singapore. The city’s green history provided the inspiration.

Orchard Road is a road of historic importance in Singapore. From 1830, large plantations grew pepper and gambir before moving onto nutmeg. The fruit orchards along the street gave the road its name. Today, this central road is a shopping destination popular with locals and tourists alike.

The neighborhood’s green past inspired project developers Swire Properties and London architecture firm Heatherwick Studio to create an extraordinary project: “Eden” is the name of the residential building developed by Swire Properties just a few minutes’ walk from Orchard Road. “The property is influenced by Singapore’s vision as a ‘city in a garden’, conceived as a place of natural, unspoiled beauty, with an aura of abundance, luxuriance and harmony,” say the project developers. Based on this idea, the architects at Heatherwick Studio developed a residential tower containing 20 apartments, each taking up a whole floor. Each apartment boasts four bedrooms and over 270 square meters of living space. The condos will come onto the market at the end of 2019 once construction on “Eden” is complete. 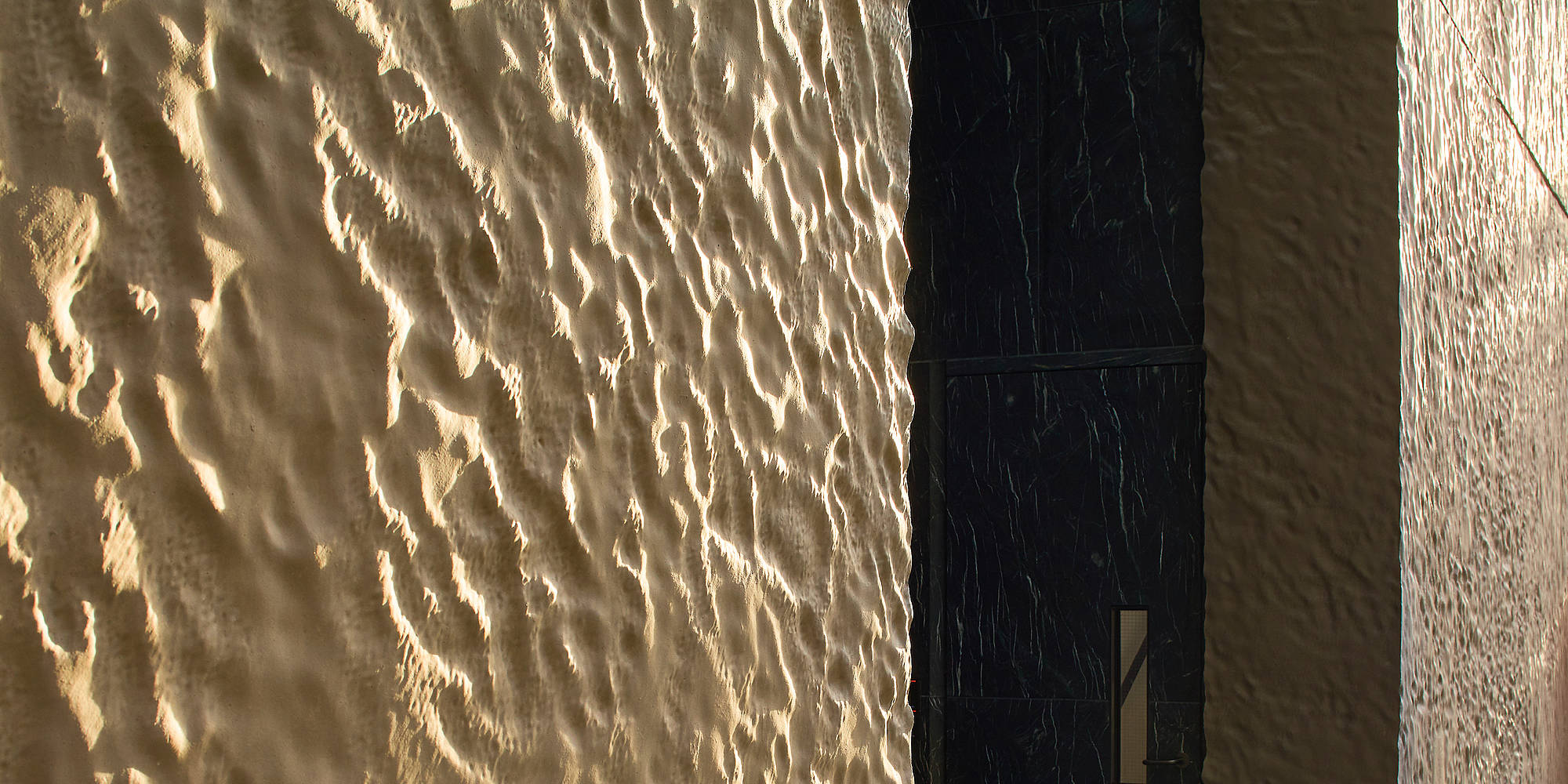 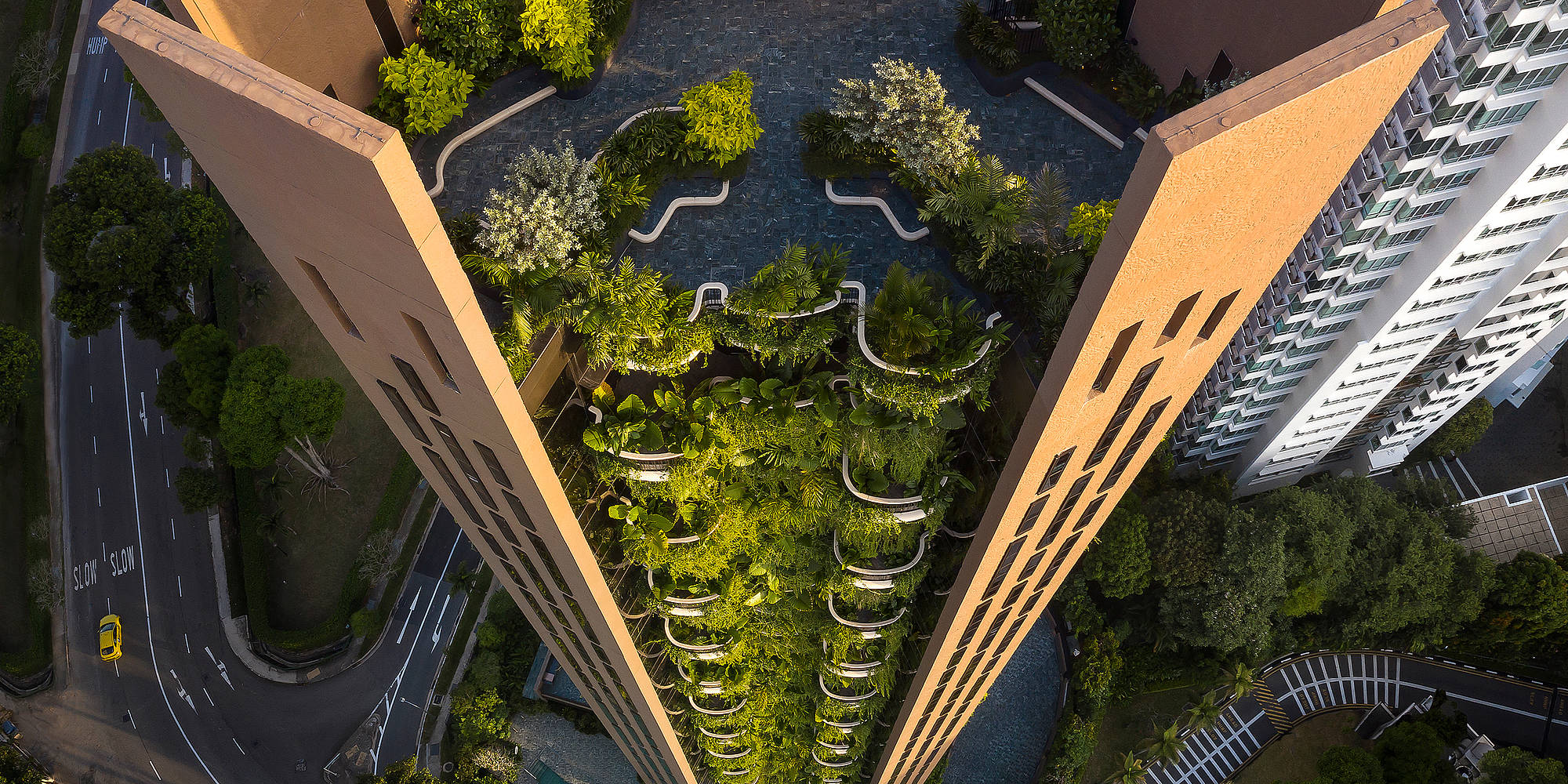 Heatherwick Studio decided against a glazed high-rise, instead designing a sleek tower with narrow concrete columns and trademark balconies: they are nestled between the concrete columns like shells. Embellished with green ferns and climbing plants, they create a sumptuous atmosphere for the future residents. “We wanted to highlight a connectivity to nature even in high rise living – we took advantage of the Singapore climate to create a lush and verdant garden for each unit,” says Charlie Kentish from Heatherwick Studio. The design for the concrete façade is just as unique as the planted balconies. It serves as another connection between the building and the history of its surroundings. The concrete elements have been designed with a three-dimensional texture portraying the city’s topography. The architects added their own touch to the map: the street on which Eden has been constructed is highlighted, standing a little higher from the rest of the texture. The team tailored the dimensions and tested various resolutions. “We wanted to use concrete as a material but rather than using a propriety formliner we developed a bespoke formliner texture that adds value and a uniqueness,” says Kentish.

The architects at Heatherwick travelled to the RECKLI factory in Herne to inspect test casts using various formliner samples. Based on the results, they chose a positive model that was then used to pour the textured formliners. RECKLI completed 38 formliners with a total surface area of 166.5 square meters. Heatherwick was also involved in the production of the façade elements. “We had some detail issues with the corner pieces however worked closely with RECKLI and the main contractors to resolve the problems,” says Kentish. In order to portray the topographical structure around the corner precisely, RECKLI cut the formliners at exactly 45°.

An effect treatment gave the high-quality reinforced concrete its sand-colored finish. The architects are very satisfied with the detailed finish on the concrete façade. Changing sunlight provides changing effects across the three-dimensional façade and nourishes the vertical garden - a fitting finish for this green design.