New Life as a Water Park

The water processing plant in Changchun, China, has been there since the early thirties. Architects have converted the plot into a recreation area.

Japan’s occupation of Manchuria at the beginning of the 1930s is not an easy chapter of Chinese history. But the occupiers left some legacies that are worth keeping: the water processing plant in Changchun in the Chinese province of Jilin is one such architectural legacy. After over 80 years of uninterrupted operation, a new processing plant opened in 2015, and the decision was made to renovate the existing structure and open it to the public as a recreation area.

Re-design of the “Changchun Nanling Water Culture Park” began in October 2017. The architects were faced with the job of designing the 270,000-square-meter plot for a new purpose. “As the company’s first urban regeneration project, the transformed Nanling culture or water ecology park will protect ecological and green resources, respect  historical and cultural relics, shape urban vitality through functional replacement and industrial integration and integrate the beauty of architecture, culture and ecology.

Out of 80 existing buildings, 15 historic buildings from the Manchurian period were retained while more than 30 had to be demolished due to poor construction materials. These also included adjoining buildings that were erected later on without permits. The architects were also able to save some adjoining buildings required for operations and repairs. As well as the existing buildings, the planners designed a triangular visitor center, where an 8-meter peak flattens out at the sides to connect with the landscape. “We use plain concrete hanging elements of primary colors which are simple and natural and in harmony with the environment”, say the architects. 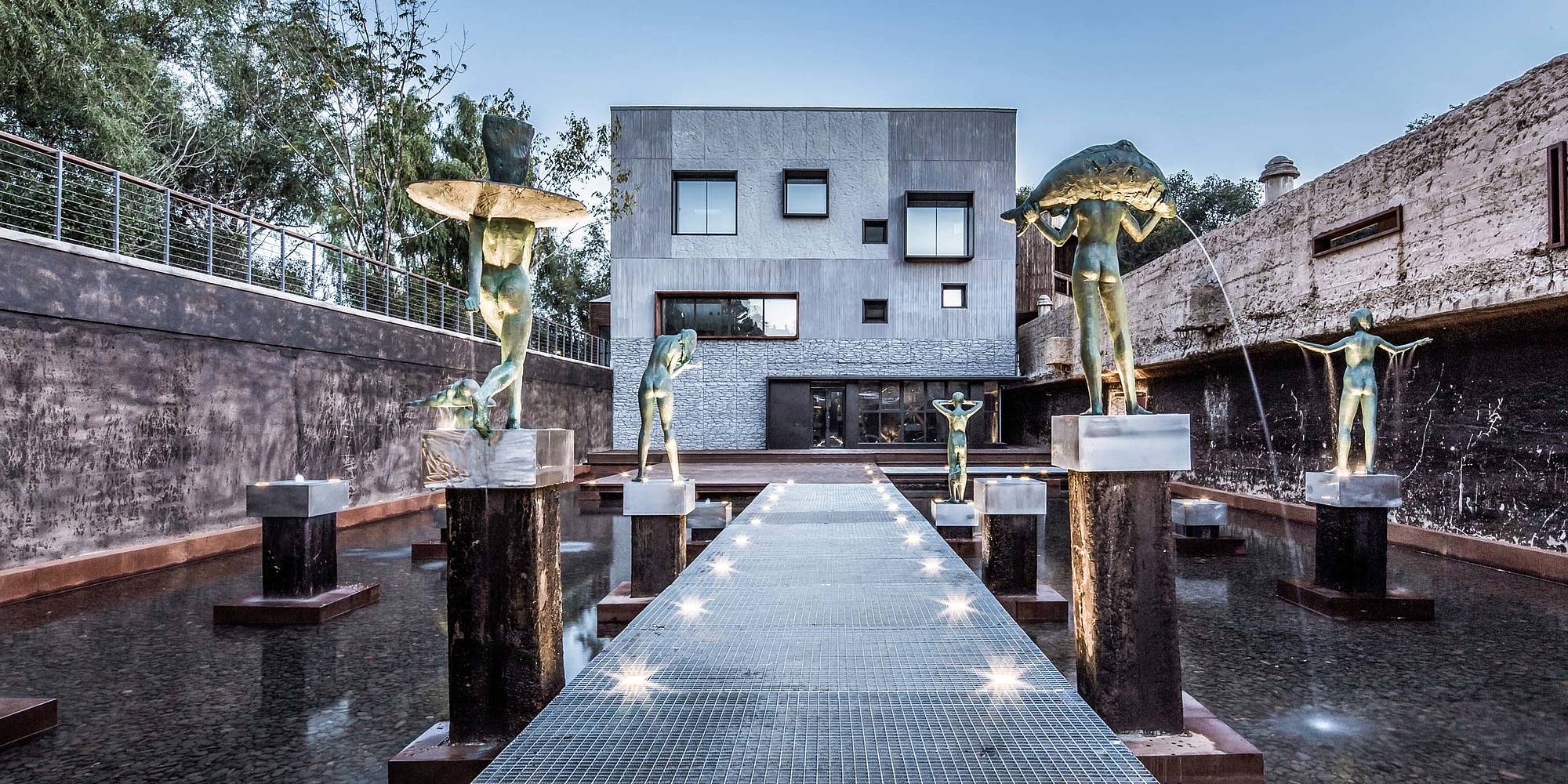 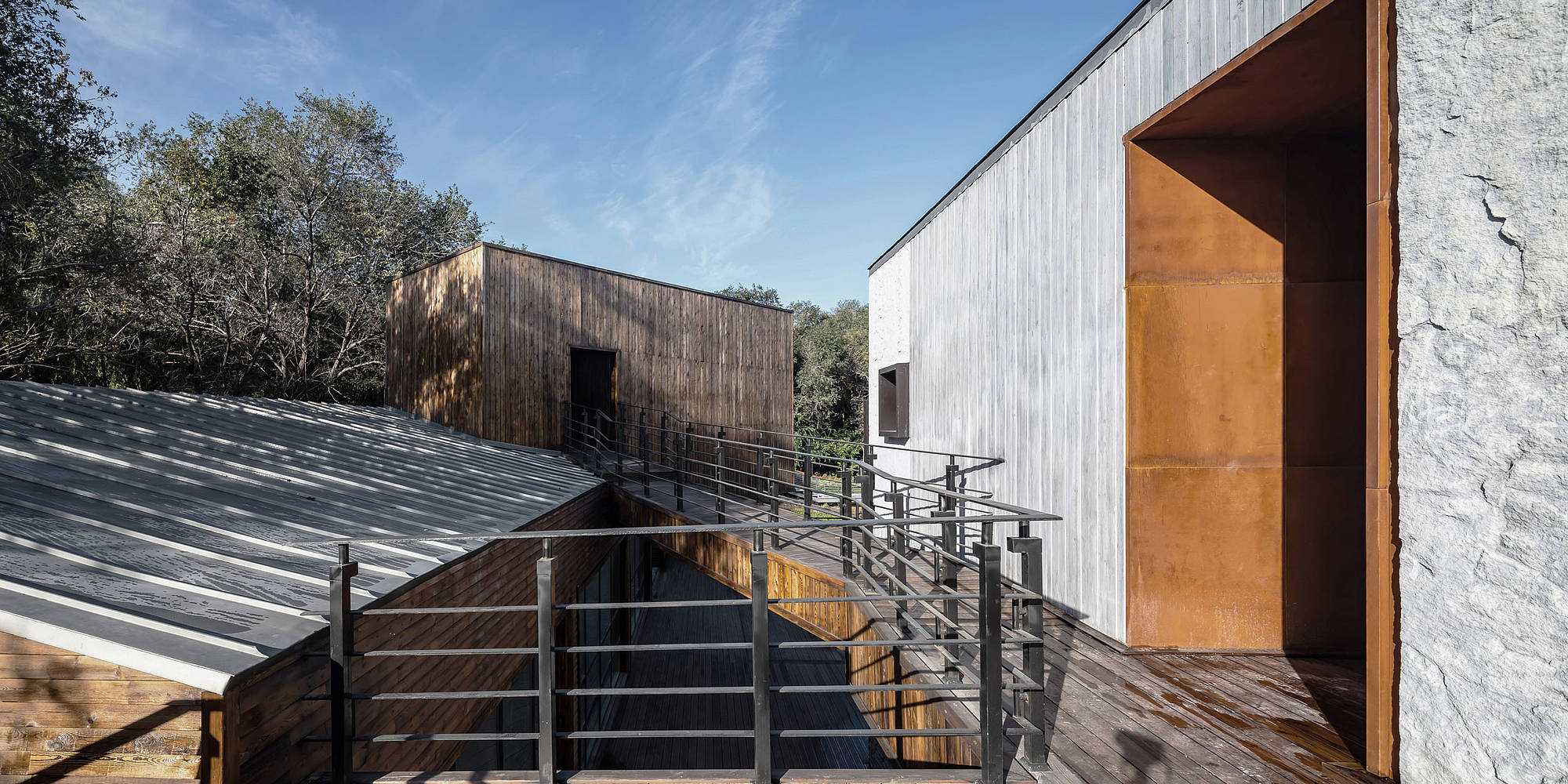 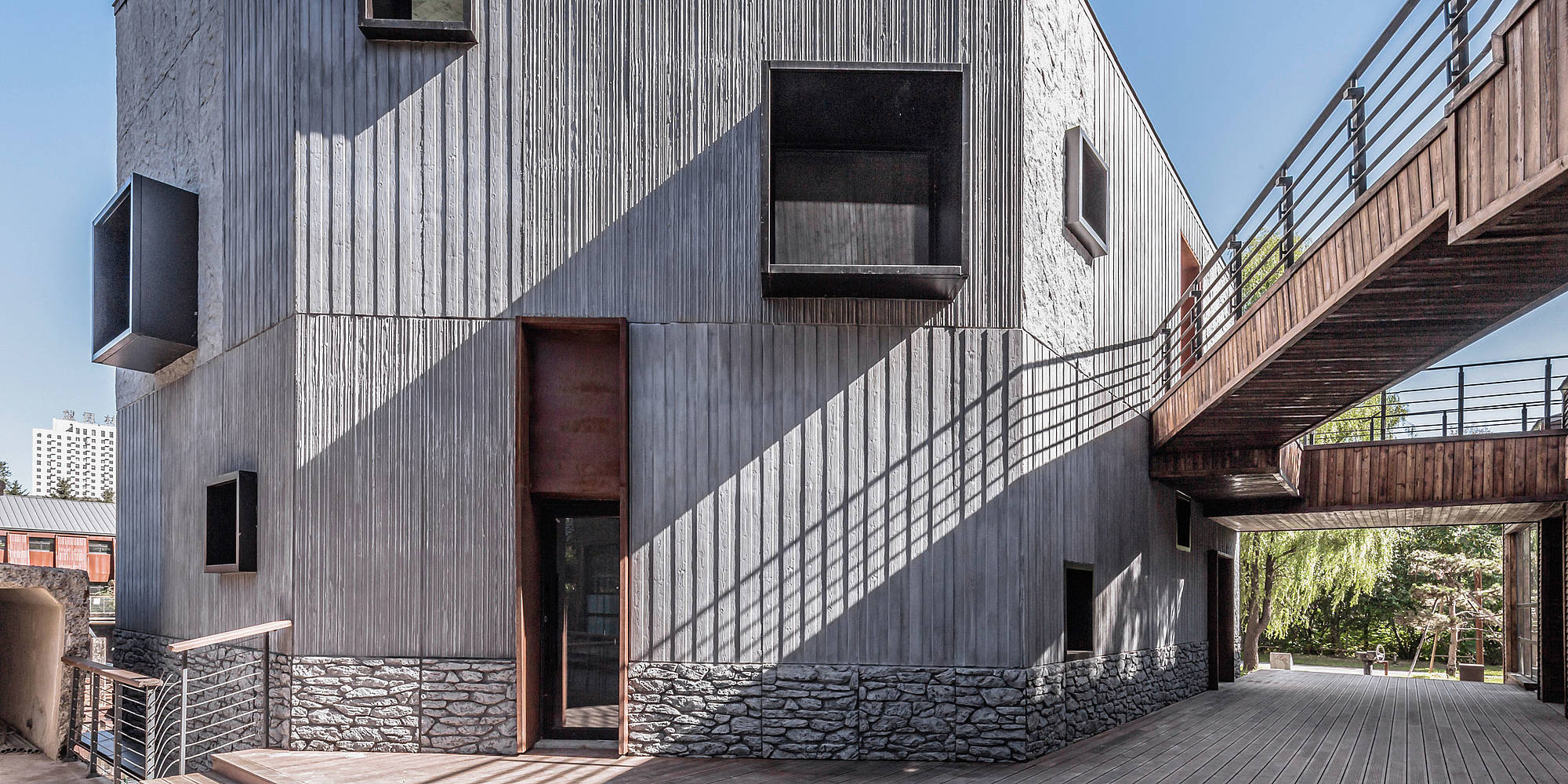 The planners also designed a building next to the rainwater garden. The new building is located at the southern side of the rainwater system and combines two forms whose design is oriented around the surrounding landscape. The southern side is clad with a wooden façade: a response to the high trees standing on this side. There is also a pentagonal structure. The design of the façade was done by W&R Design. “The building’s façade is composed of a collage of concrete panels with various textures, in order to coordinate with the historical original appearance and color sense in the rainwater garden and highlight the overall building’s sense of strength and vicissitudes”, say the architects.

This impression was created by the four textures Via Appia, Steinwald, Niger and Naab. Via Appia mimics natural stones of various sizes, while Steinwald is a stone texture with natural irregularities and Niger provides the façade with a wooden texture with a subtle grain. Lastly, Naab is a fantasy texture embellished with grooves. The elastic textured formliners were placed into the forms before the concrete was poured and were easily removed from the concrete once it had dried. The four textures give the new building an appearance that lives up to the architects’ aim of integrating the new buildings into their historic surroundings and creating a tension over time and space that shows visitors: Nanling water park has begun a new lifecycle.