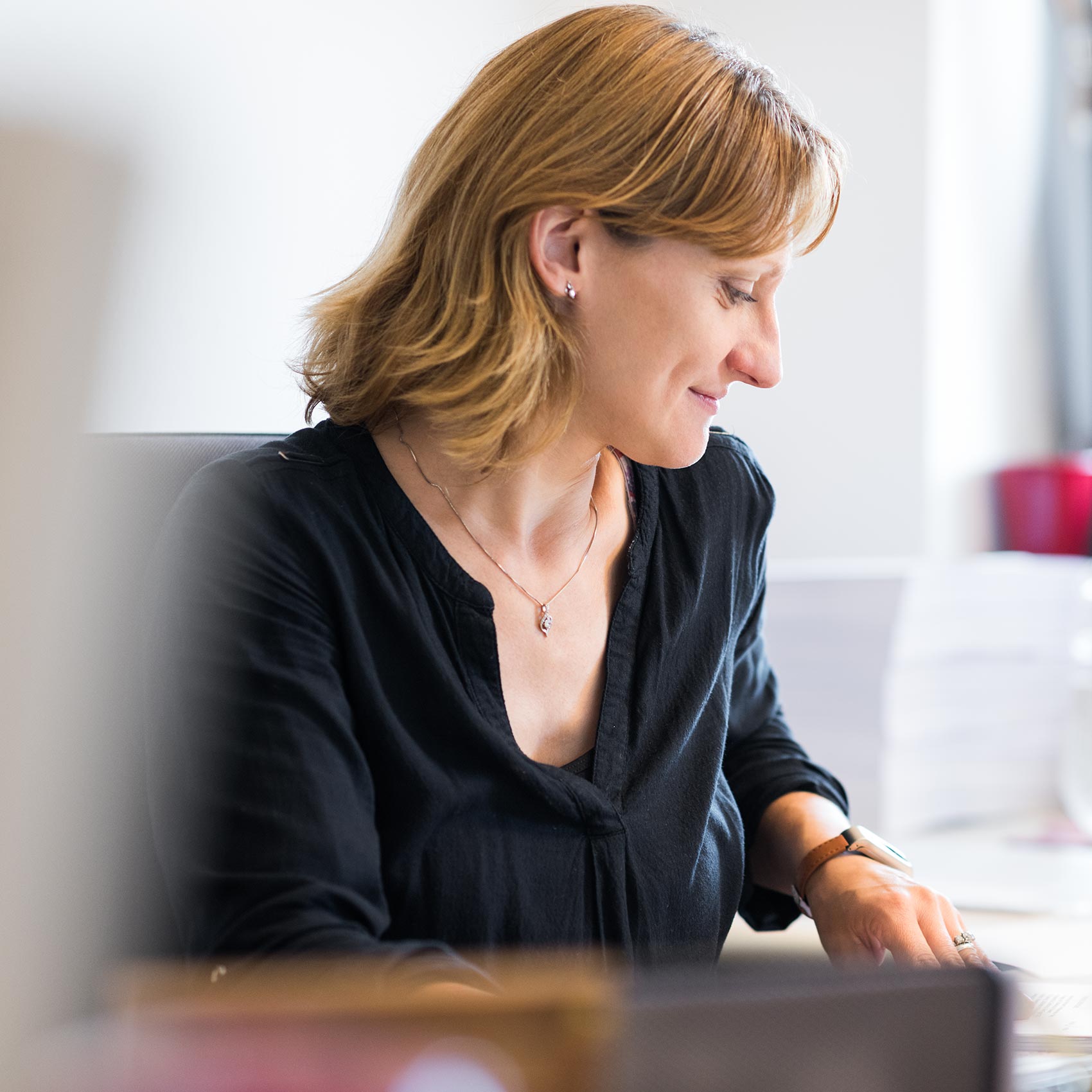 Tanja Kronenberger took care of a subsidiary company’s accounting at RECKLI. When it was sold, her area of responsibility was lost - RECKLI made sure that she found a new role within the company.

Tanja Kronenberger is a numbers person. It was always clear to her that as a mother of two she could show 100% commitment in a 30-hour week, too. Her old employer took issue with this arrangement and was unable to offer her a part-time position. The daily commute to Düsseldorf and back was too much for Tanja, and thus she switched to RECKLI in November 2015.

It was a homecoming for Tanja, as she had already completed her training in Herne. She worked as an industrial clerk from 1995 to 1998 for what was then called RECKLI Chemiewerkstoff GmbH. She remained with the company until May 2000 before taking on new challenges. In 2001, Tanja trained to become a certified accountant and subsequently worked in Düsseldorf. After her two children were born in 2012 and 2014, her wish to work closer to home grew in order to have enough time with her family. "The daily trip to Düsseldorf is just too long," she says.

With her return to RECKLI Tanja initially took over the accounting for a subsidiary of RECKLI. "A lot of people think that working in accounting is boring. I really don't agree, even just the large number of legal changes mean you are always learning new things," she says about her job profile. When the company was sold at the end of 2016, Tanja continued to work on the books until mid-2017 when she had to face the question of her personal future. RECKLI quickly made it clear that they wanted to continue to employ Tanja in the company. Together with the management, they sought a new area of responsibility that would make her happy.

At the beginning of 2018, she took over part of the human resources tasks and thus regained a fixed, independent area of responsibility. In addition to accounting for commercial employees and pensioners, Tanja took over the reporting to the RECKLI parent company and cash accounting. She is also responsible for the preparation of the advance return for VAT in Great Britain and the Netherlands as well as statistics reports, for example for intra-trade statistics.

The personal contact with colleagues is one of her favorite parts of her daily work in HR. She values the opportunities for personal and professional development and the fact that RECKLI allows her to combine work and family life without any problems. At the same time, she can stick to her numbers in accounting - Tanja's switch within RECKLI is a plan that worked out for both sides.