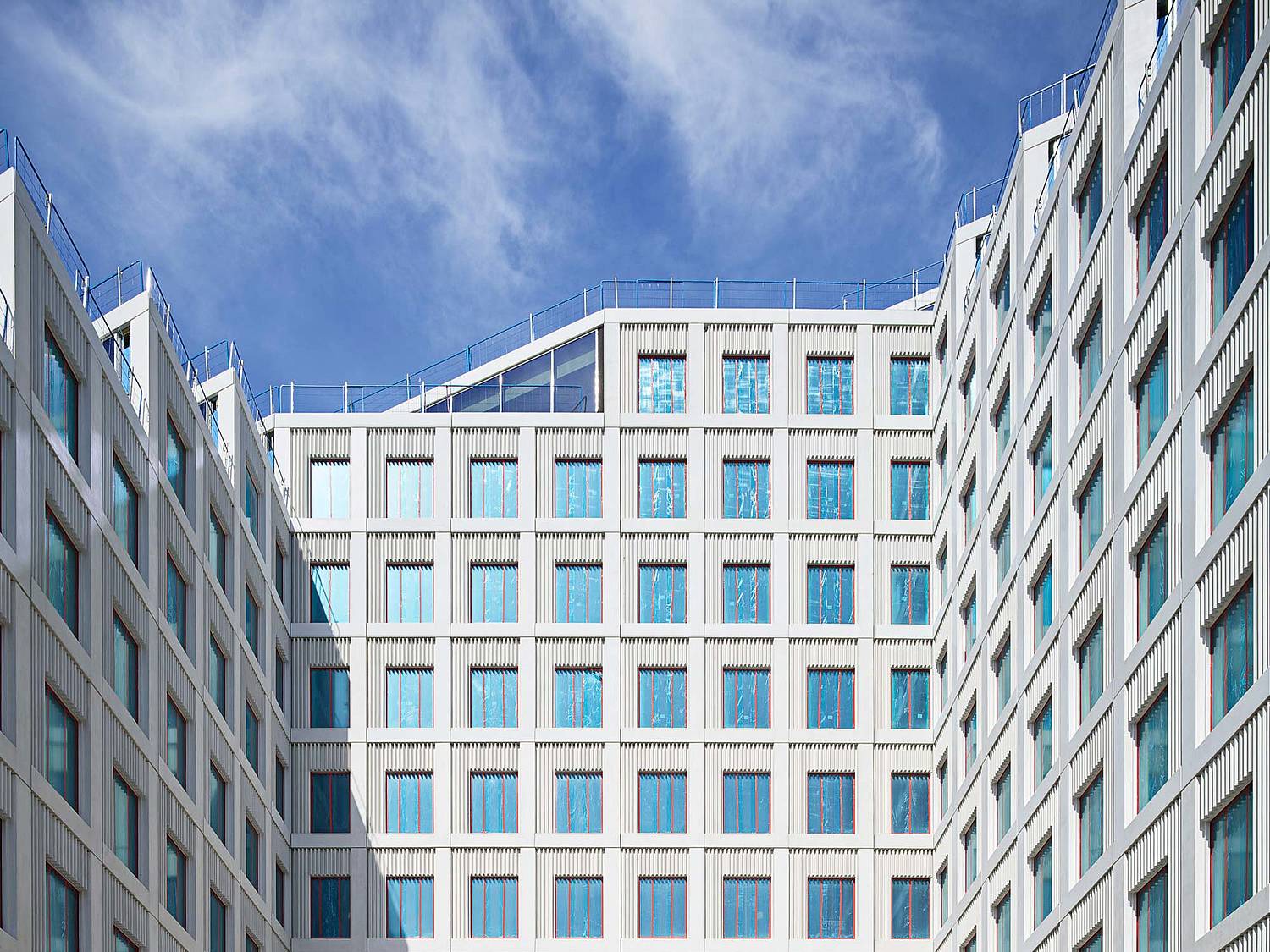 "Architecture is the masterly, correct and magnificent play of masses brought together in light.” Even though this quote comes from Le Corbusier – the master builders of antiquity recognised the central role played by the opposing effects of light and shadow early on. This can be seen clearly in the fluting that was widespread in ancient architecture: the vertical, round indentations on columns, pillars and pilasters served to create a slim appearance with their light and shadow effects.

And then as now: the form of every architectural detail only becomes visible and recognisable through the shadows. So architects have to distinguish between the actual form and visual appearance here. This means the facade can never be chosen arbitrarily, but always against the background of its light and shadow effect. With more than 250 different formliners – and the possibility of creating very individual structures and shapes – RECKLI offers architects and builders all the freedom to achieve the desired lighting effects on the facade.

The play of light and shadow: RECKLI 1/42 Madeira

For the Hyllie Terrace in Malmö, the architects at Skanska chose our textured formliner 1/42 Madeira from the RECKLI SELECT series. The ribbed structure with corrugated iron roof look is minimalist and modern, while also creating an interesting interplay between light and shadow through its shape. In contrast to the green terraces that will be planted after completion, the building will have its very own character. Our concrete formliners were used on a total of 68.5 m2. 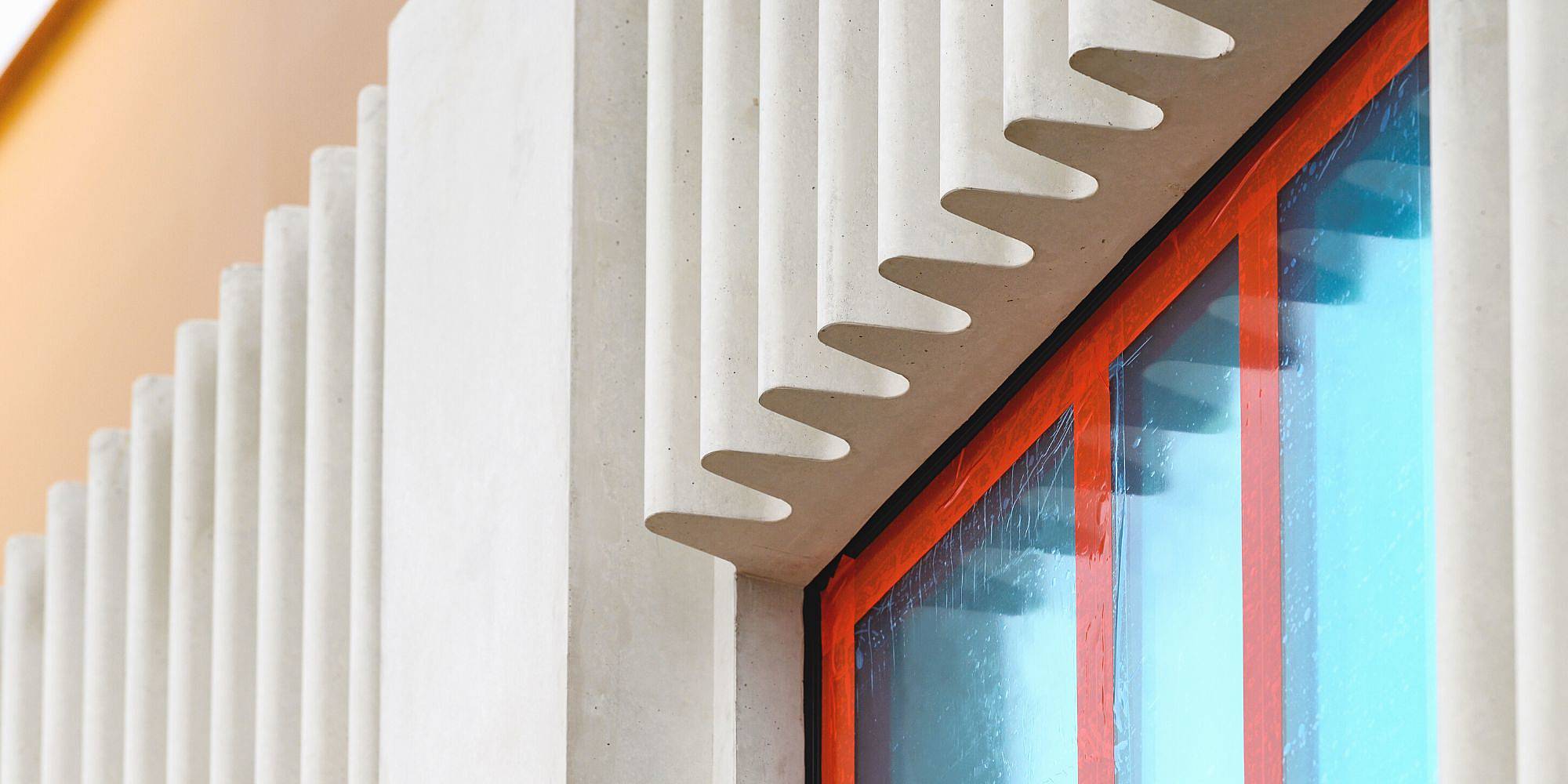 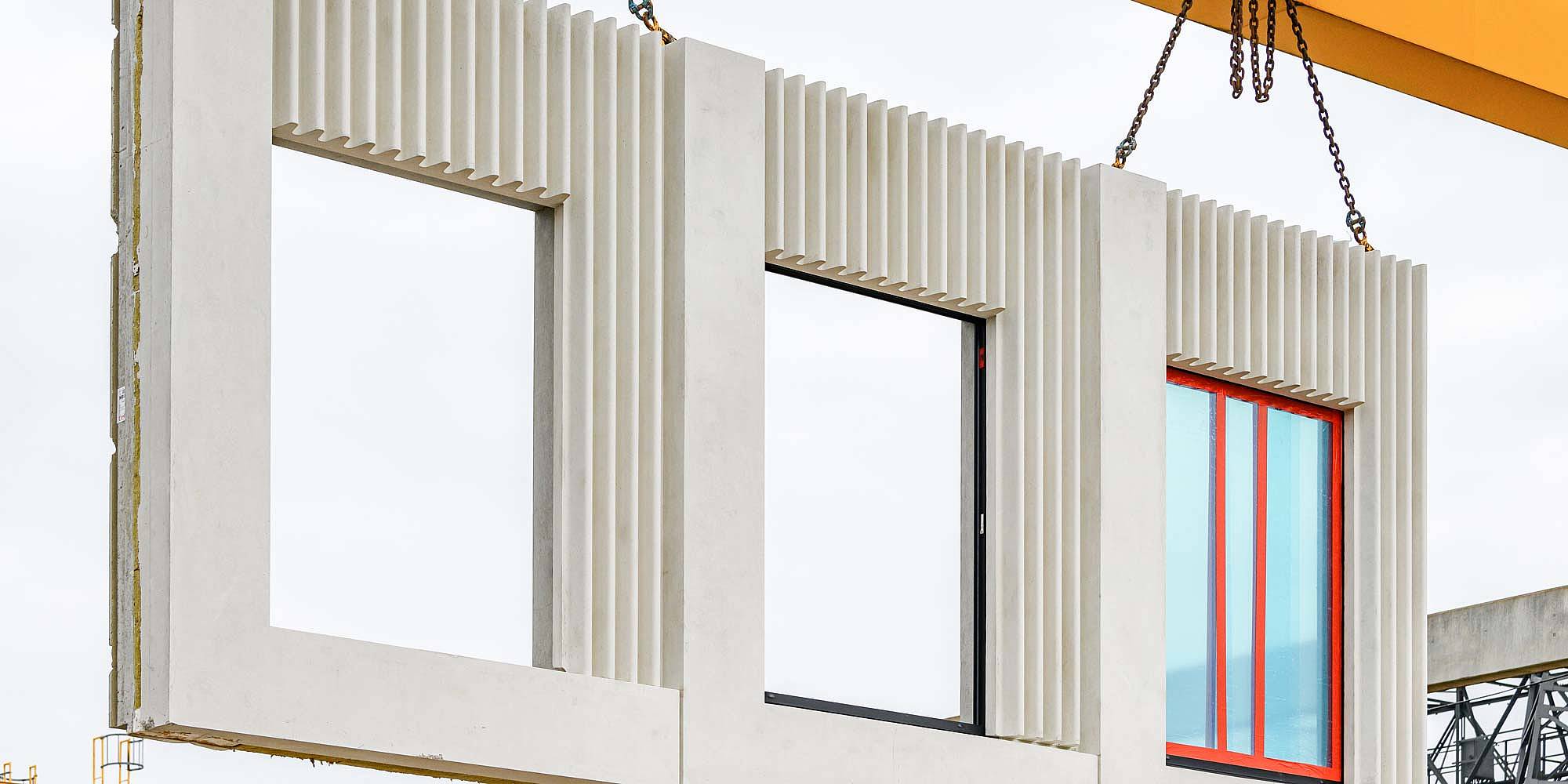 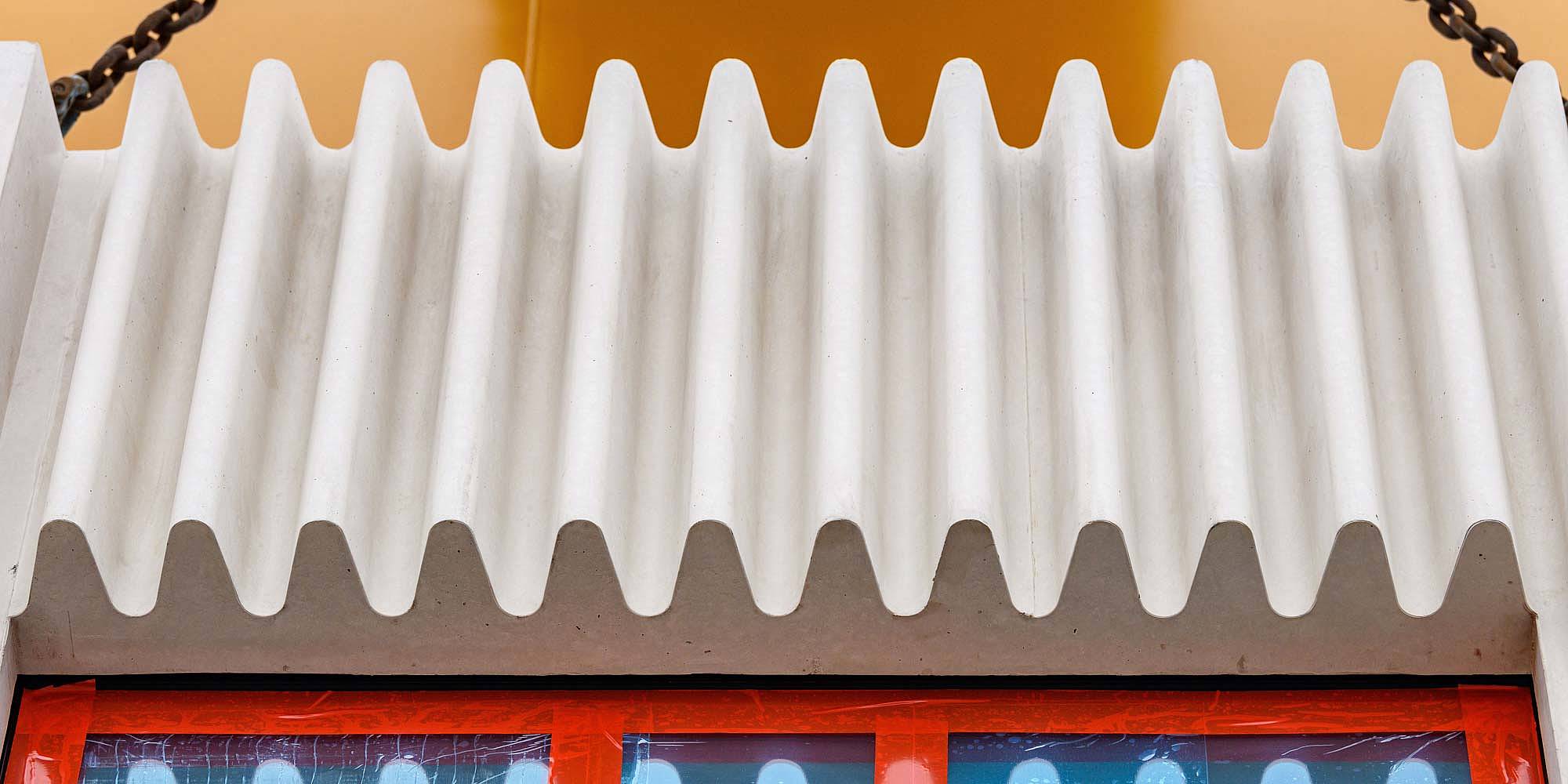 Just like the manufacture of our formliners, the Hyllie Terrace was also constructed using the latest technologies. After all, the 12-storey office complex is Skanska’s first completely carbon-neutral building – and part of a pilot study by the Sweden Green Building Council for NollCO2 certification. In order to receive this certification, strict emission standards must be met and no additional CO2 emissions must be released into the atmosphere over the entire lifetime.

It is for this reason that measures such as the southern orientation of the building, rainwater collection, and the use of recycled and locally produced materials were decided upon. In order to also reduce the CO2 footprint of the facade, there was close cooperation with UPB from the start, who are responsible for the concrete construction, among other things. UPB – who used our formliners to cast the structural concrete in their plant – also managed to reduce the CO2 emissions of the concrete elements by around 33%. For this purpose, instead of CEM I cement, an environmentally friendly cement was used, in which up to 30% of the normal Portland cement is replaced by blast furnace slag. Innovative cement substitutes were also used for the outer layer of the external walls. 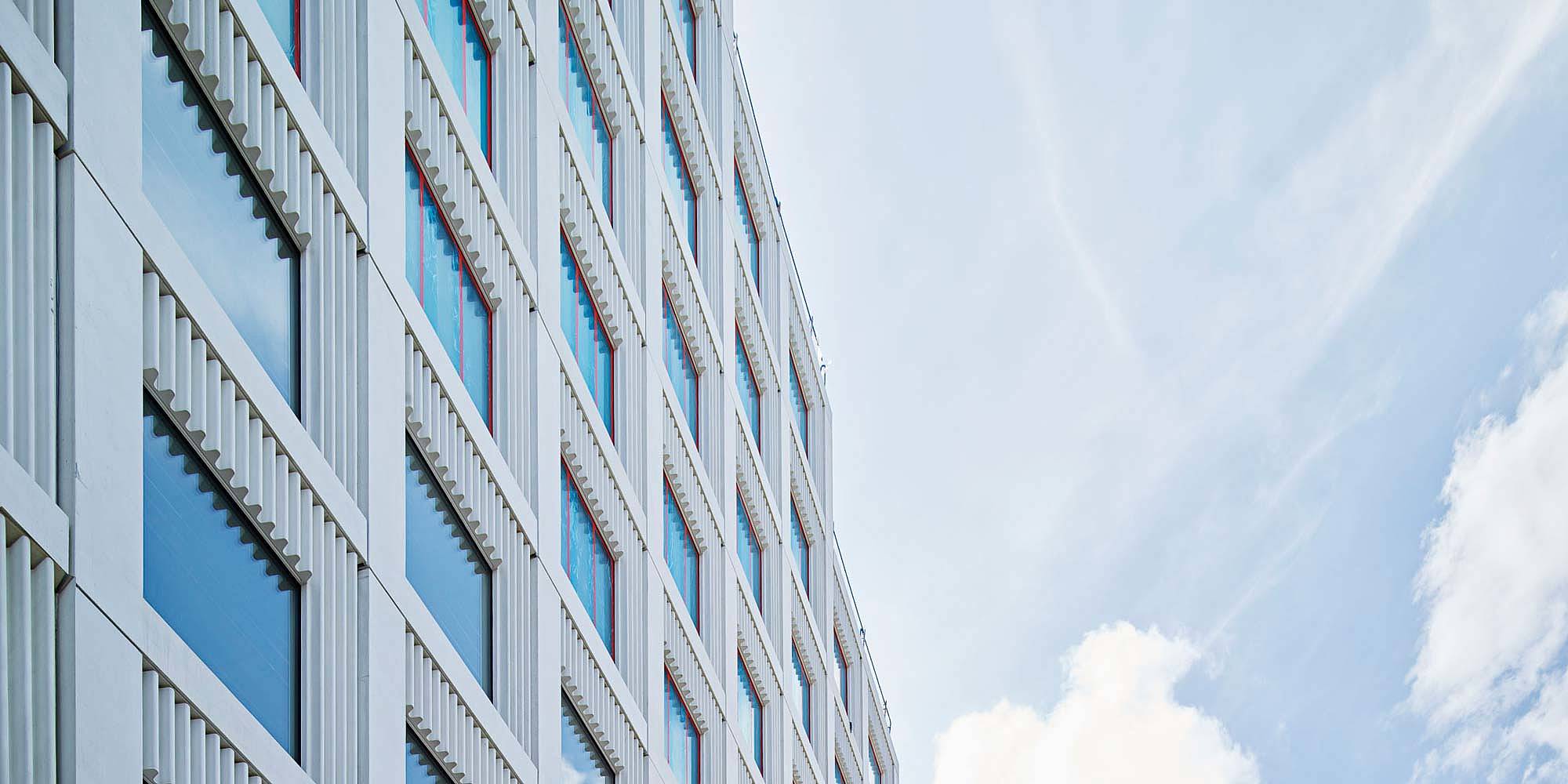 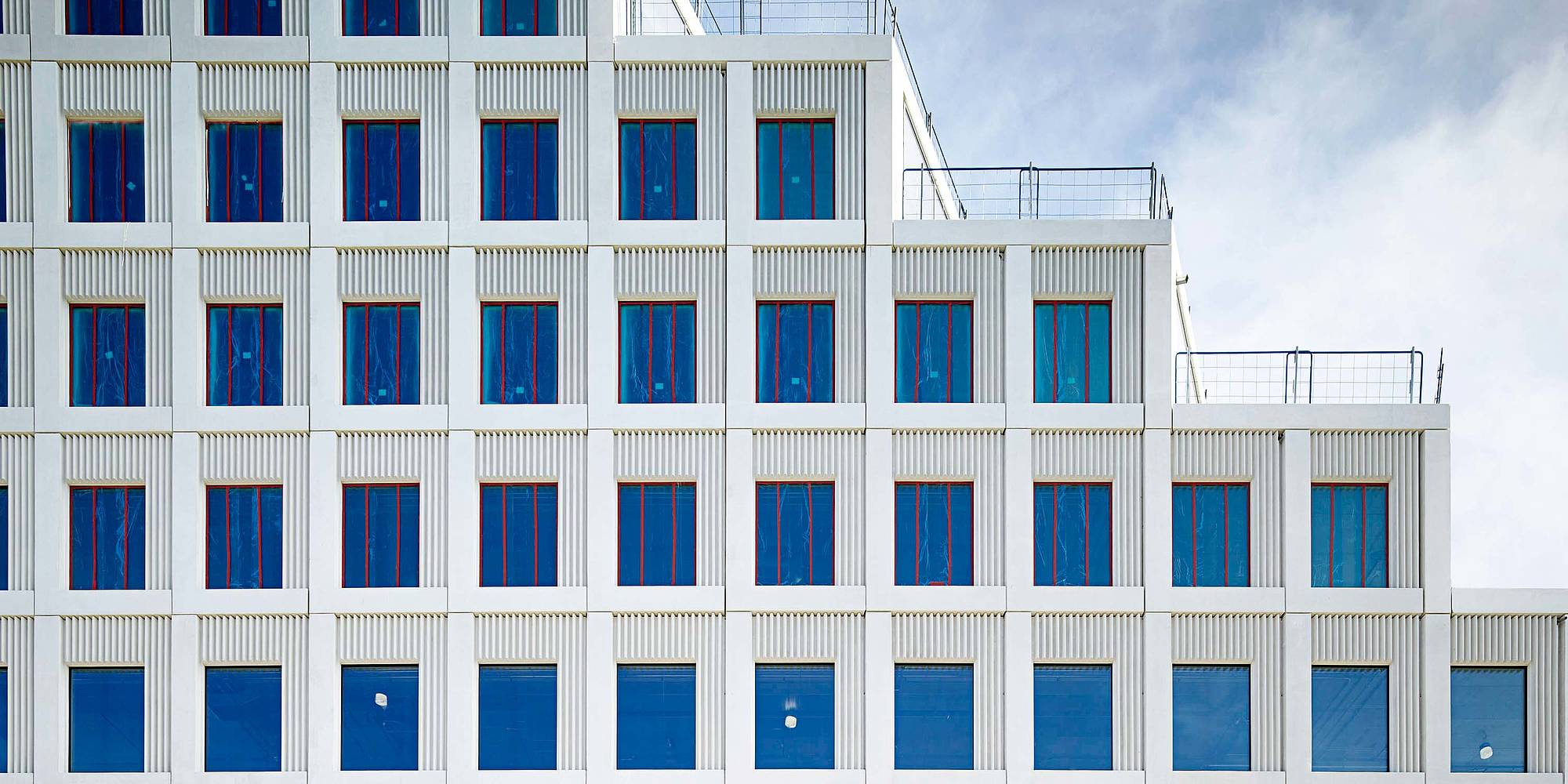 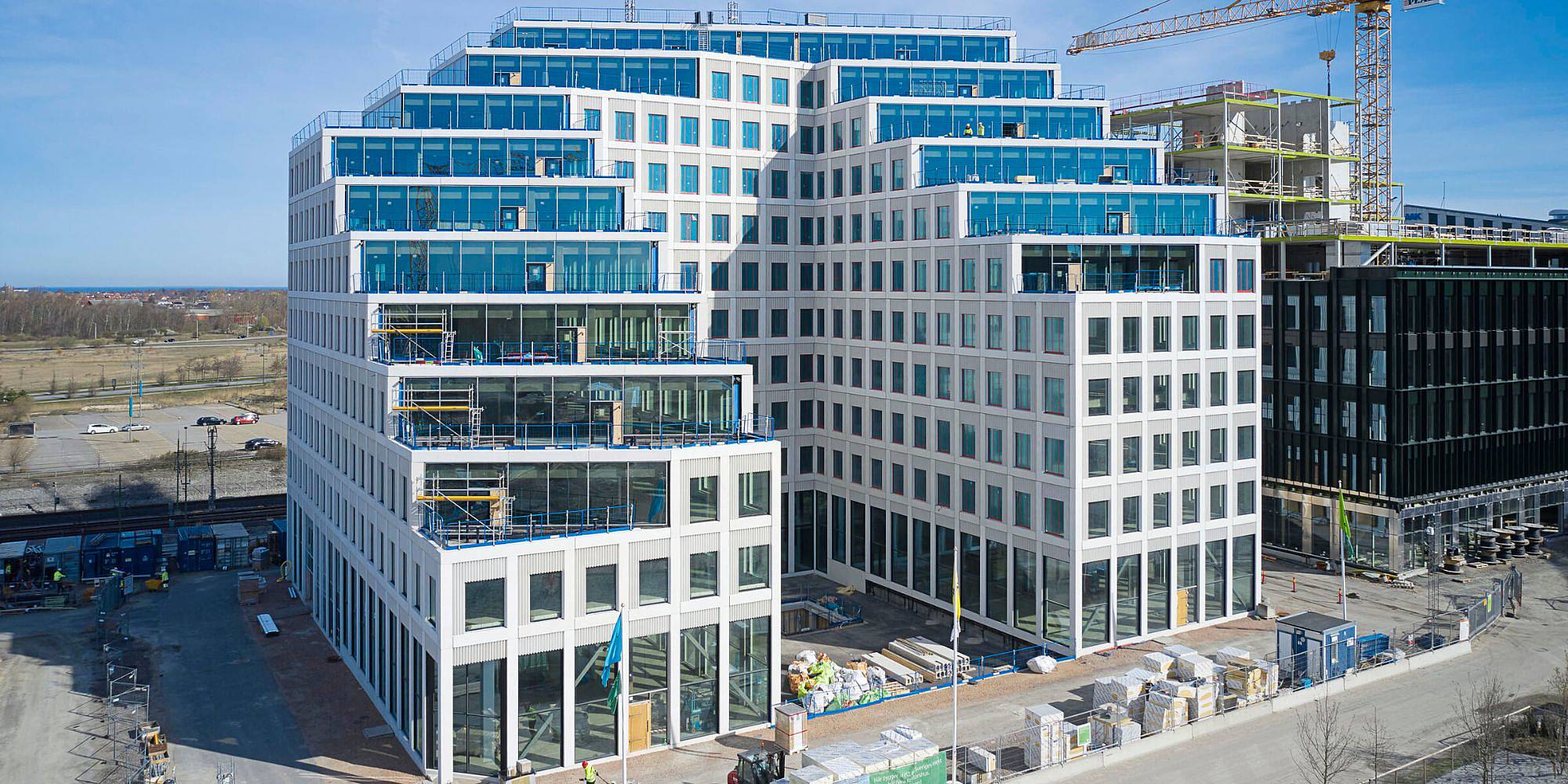 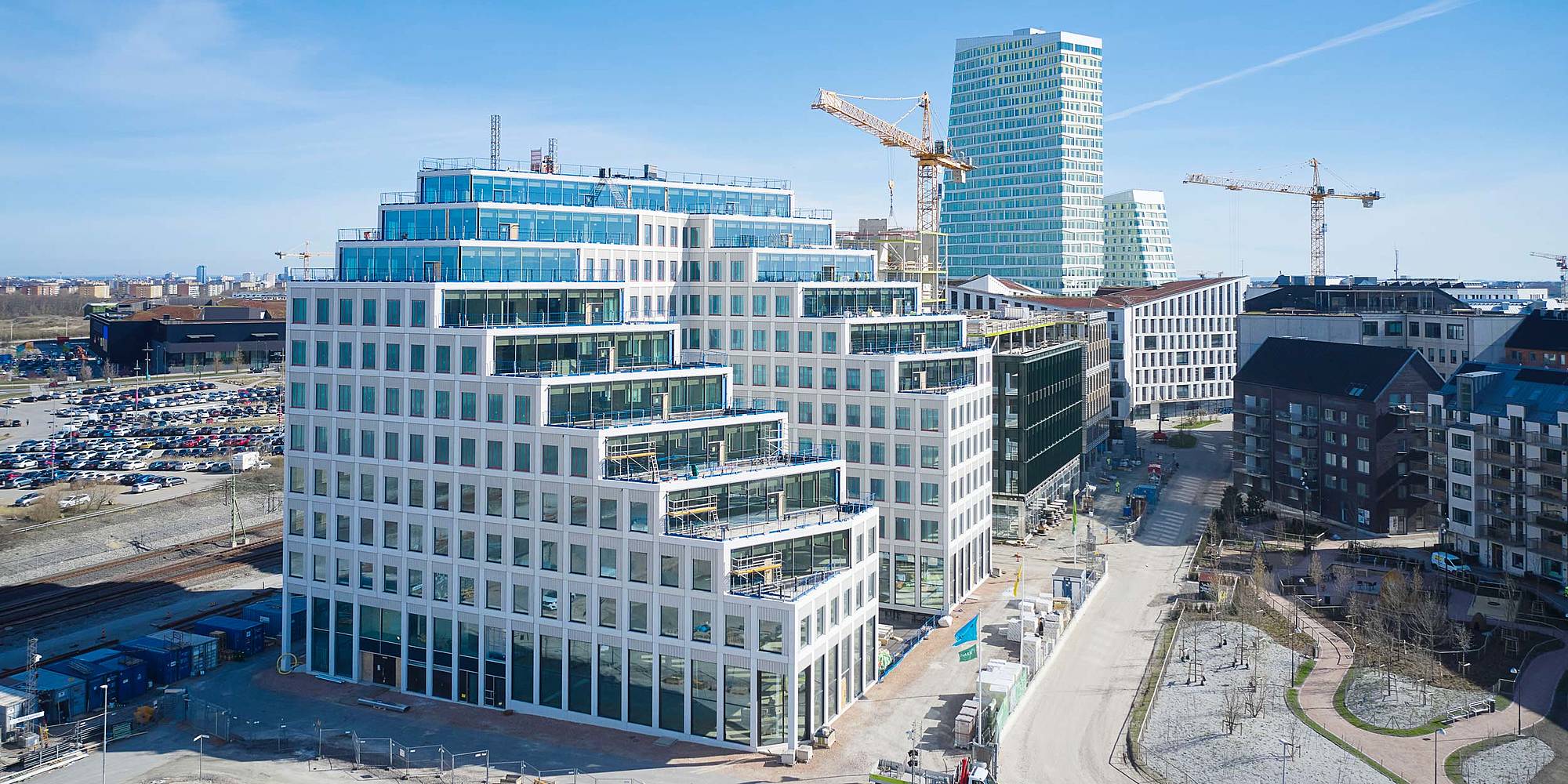