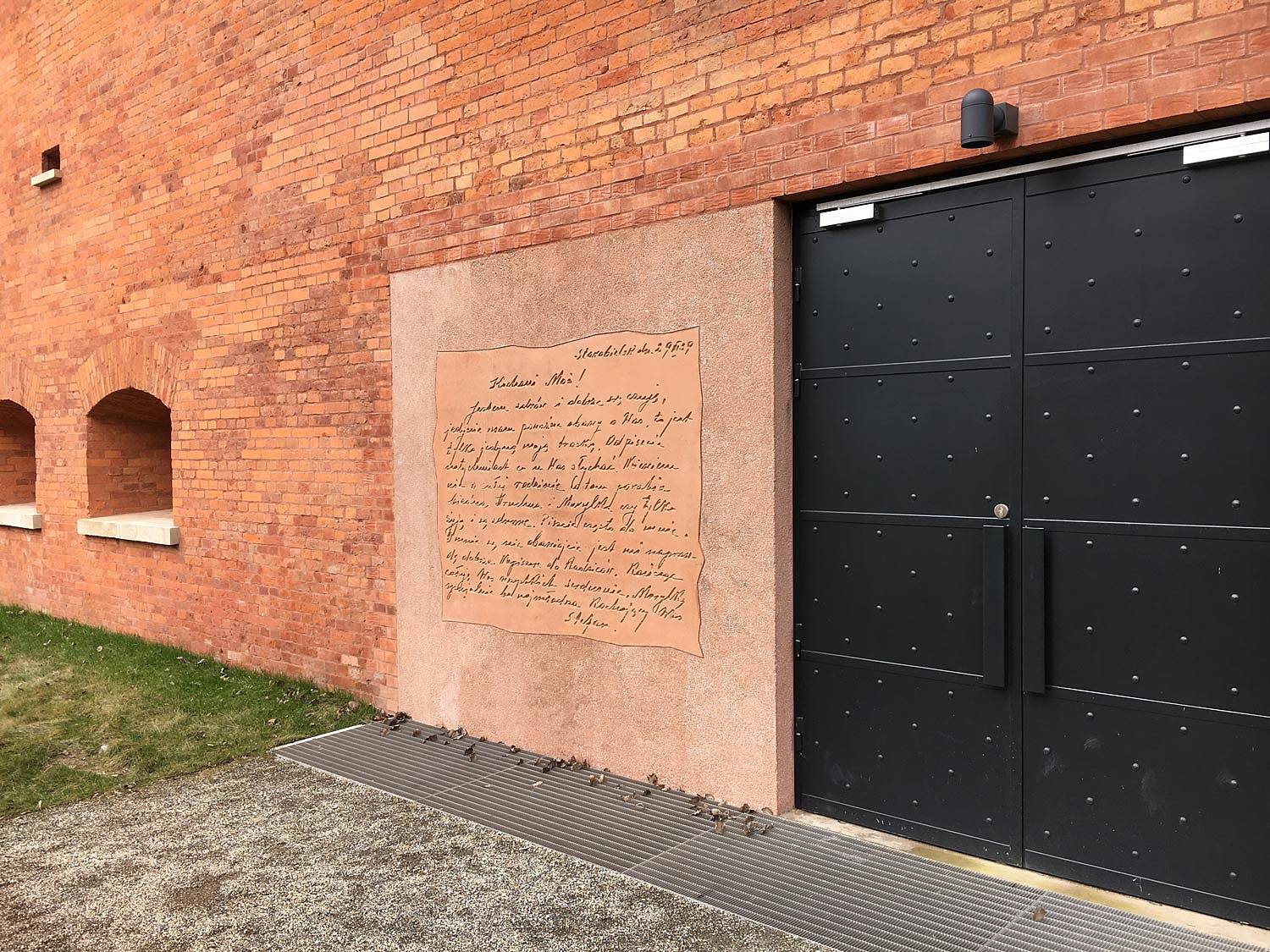 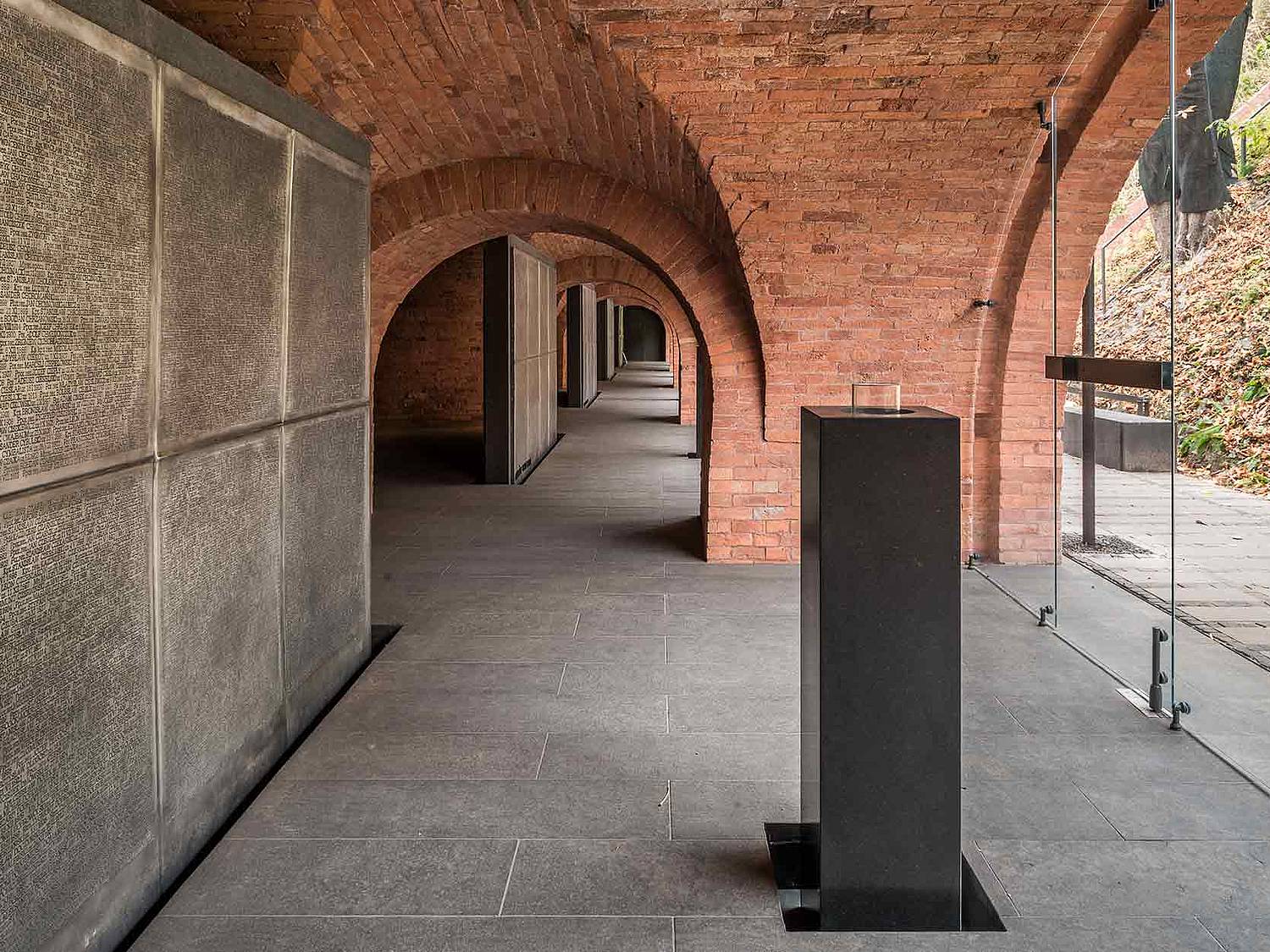 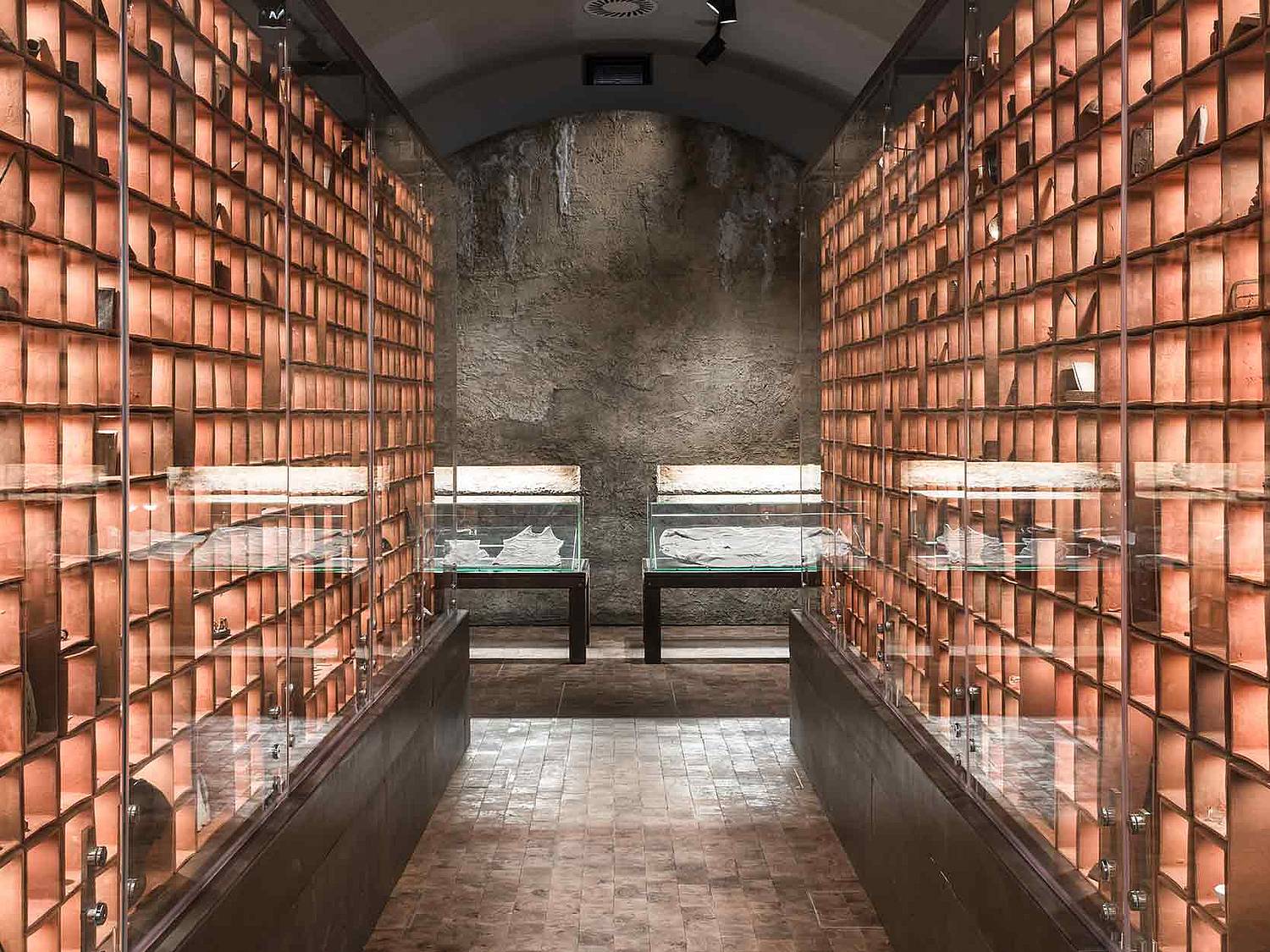 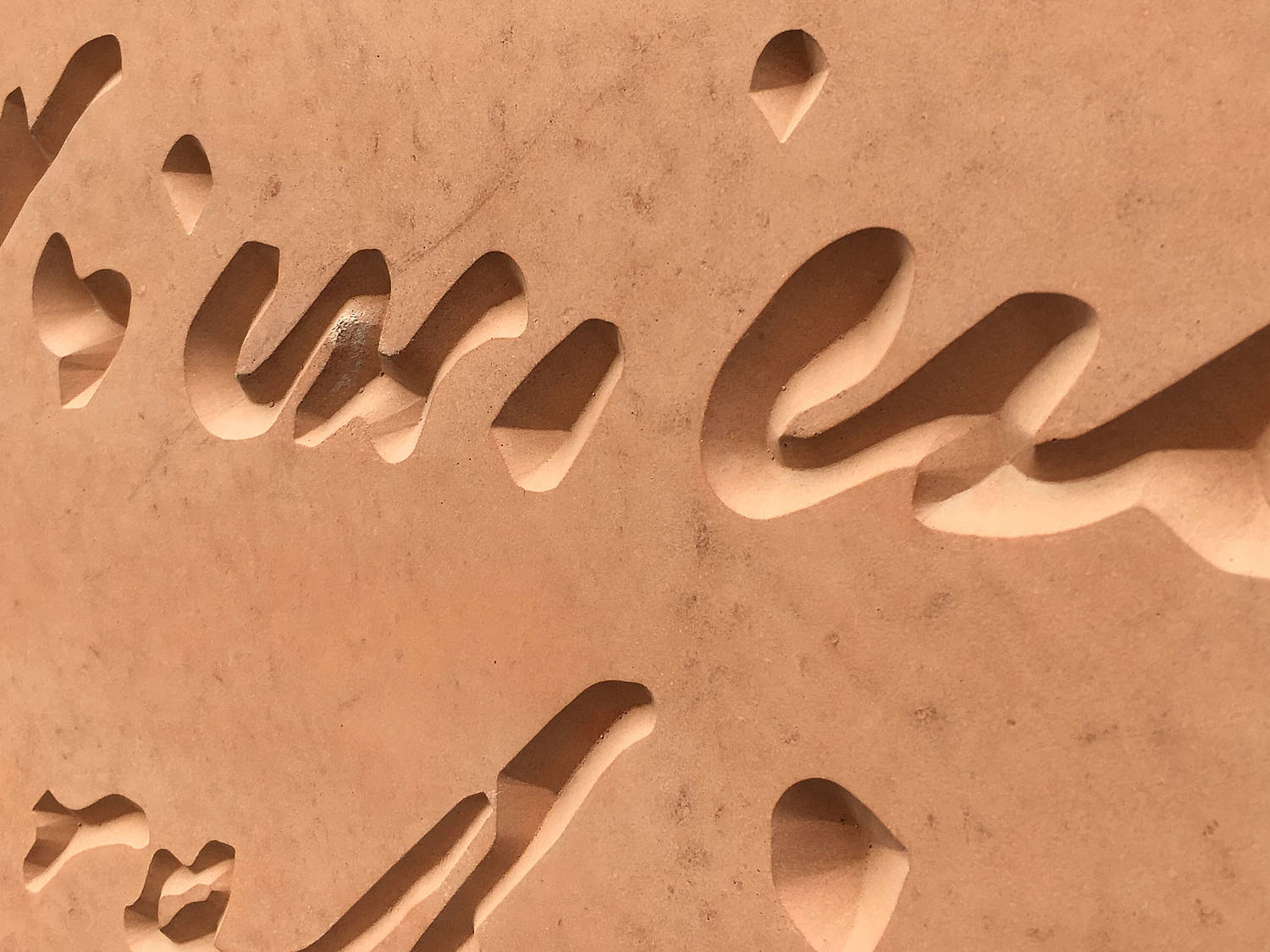 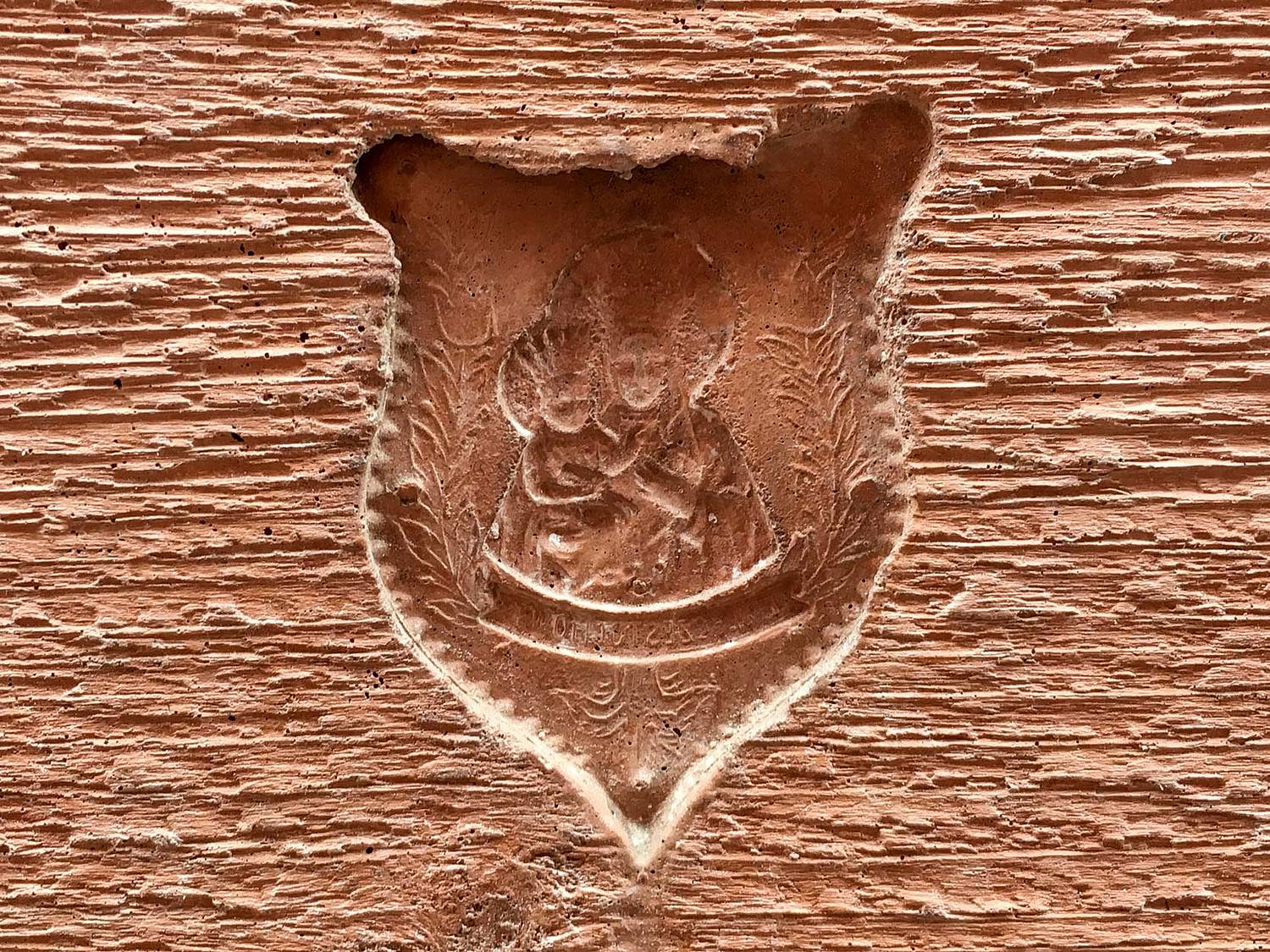 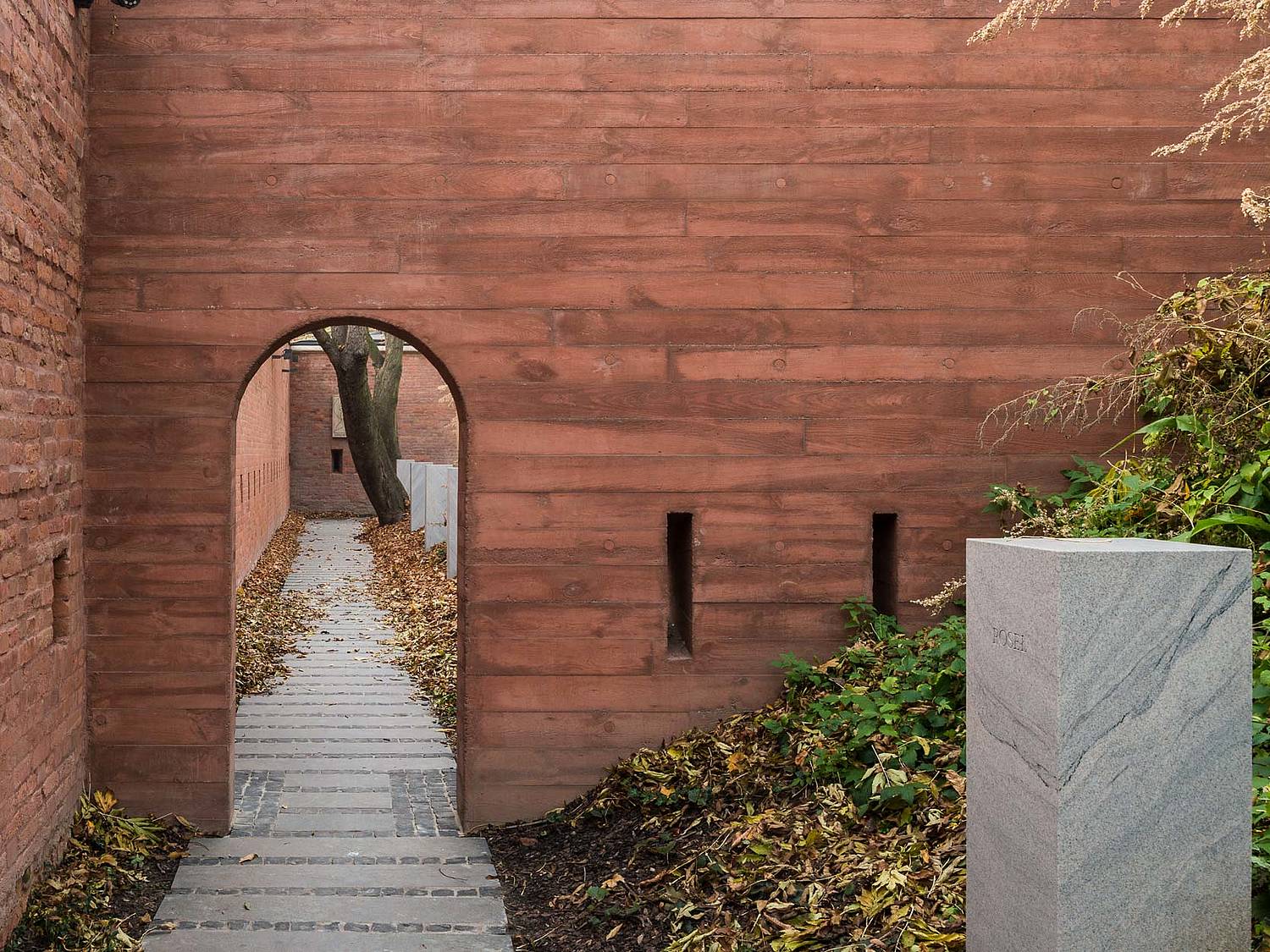 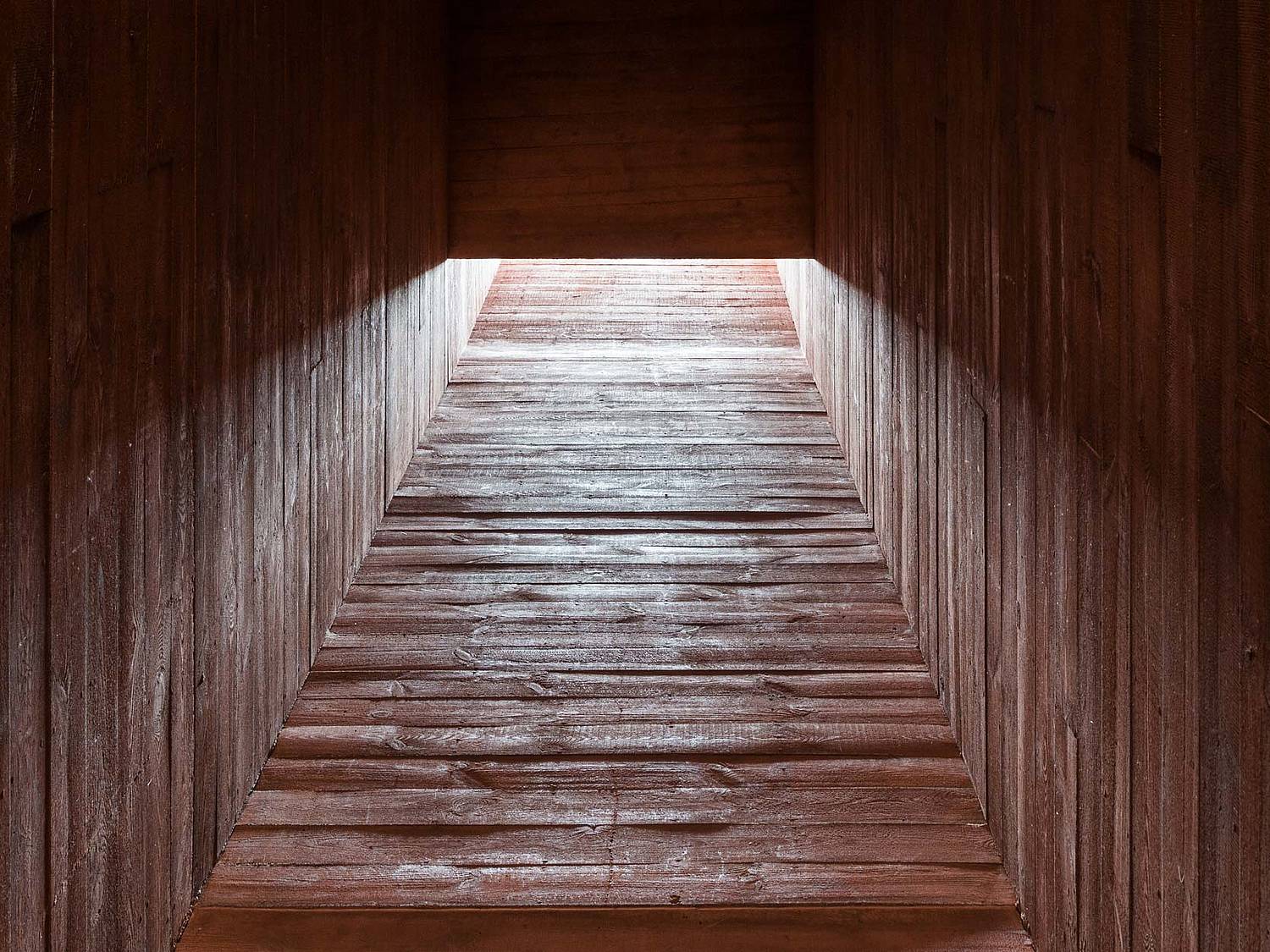 The Katyn Museum in Warsaw reminds visitors of a massacre committed during the Second World War. The façade commemorates the victims with a letter and imprints of personal belongings.

These are sorrowful words written by a young Polish man to his family in 1939. He was worried about her wellbeing and that of the children, he wrote to his wife. She wasn’t to worry about him, he was fine. He sent kisses, especially to his youngest, Marylke.

The Polish man, a prisoner of war named Stefan, was later murdered by the Soviet secret service, the NKWD. From April 3rd to May 11th 1940, members of the NKWD drove around 4,400 Polish officers into the forest outside the Russian town of Katyn and shot them. The massacre - carried out at Stalin’s behest - is one of several mass murders that killed between 22,000 and 25,000 Polish officers and intellectuals.

The Katyn Massacre is still a trauma for the Polish people today, partly because Russia only accepted responsibility in 1990 yet still does not recognize it as a war crime. This painful memory is honored and processed in the Katyn Museum in Warsaw. Housed in the Warsaw Citadel grounds, even the building’s outer walls hint at the issue. The Polish soldier’s letter is set into the museum’s exterior walls - to be more precise, it’s molded in: the Polish architectural firm BBGK, which was commissioned with planning the museum, had a letter from the museum’s collection digitized so it could be applied to the façade as a memorial.

To make the project a reality, RECKLI produced a custom formliner. ‘After consulting our production manager in Herne, the architects came up with drawings,’ says Andrzej Wójcik, RECKLI rep in Poland. After establishing how deep the writing should be set into the concrete, RECKLI’s German factory produced a model and then the formliner. 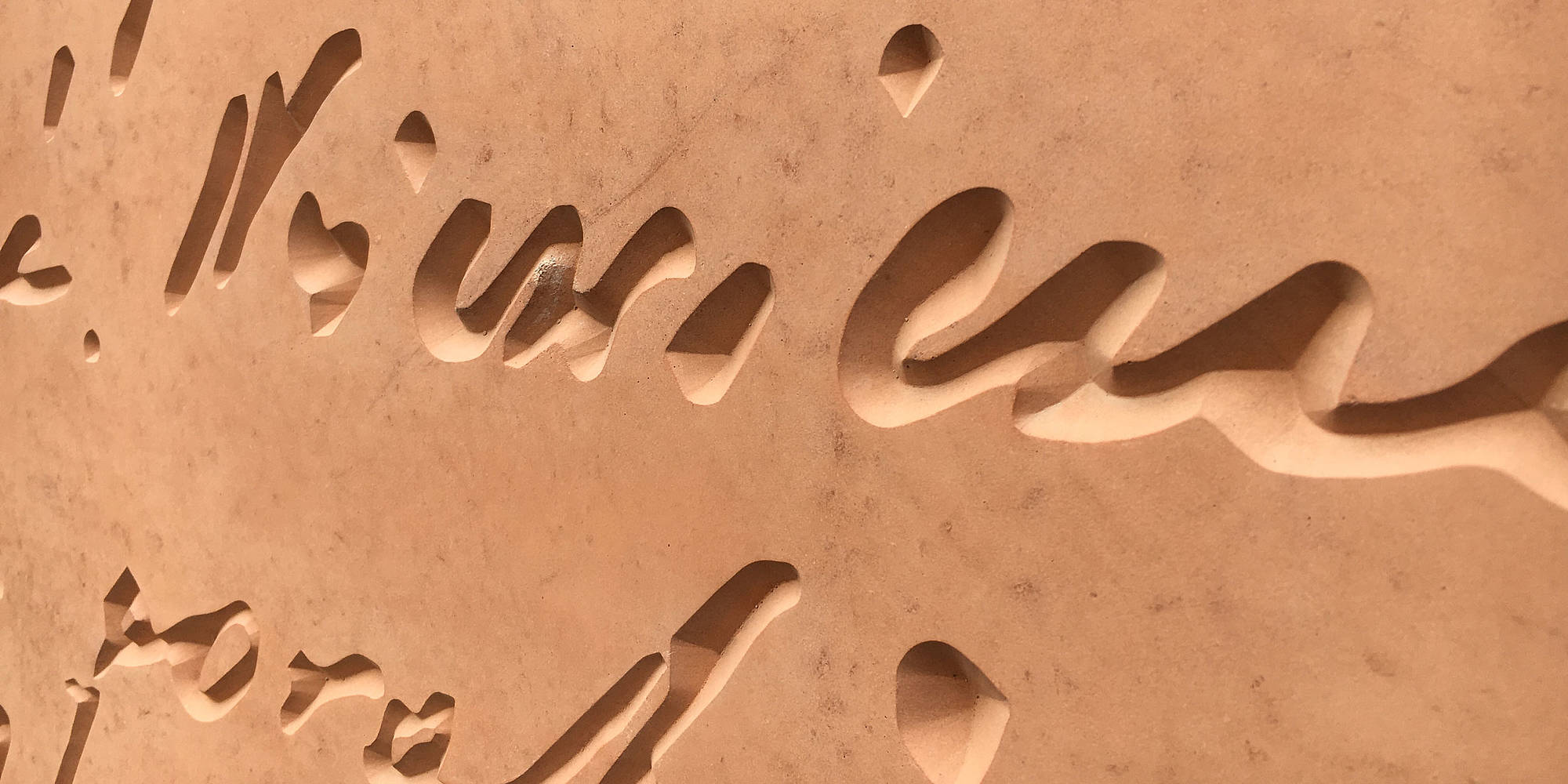 The casing insert was used on site to produce in-situ concrete. BBGK chose red concrete to complement the walls of the existing buildings on the citadel grounds. At the same time, the color makes for an imposing reference to the event itself.

The museum is located in the southern part of the citadel and spans three historic buildings. ‘The whole complex has been designed as a park, with a symbolic Katyn forest in its center,’ say the architects of the project. ‘Colored concrete acts as a means of architectural expression where the exhibition requires: personal belongings such as letters and parts of munition have been used to leave imprints in the concrete.’

A narrow staircase leads outside from the museum between two high, red walls, creating an impressive atmosphere. Details in the exposed concrete wall, textured with wooden boards, make visitors pause: a chess piece, an army badge, a talisman. The museum gave the Polish RECKLI branch copies of artifacts found on the victims when the mass graves were uncovered. ‘We first used our silicone to take molds of the models, then we poured our PUR polyurethane into these molds to create new copies,’ explained Wójcik. The copies were then sent to the construction site and applied to the wooden boards used to encase the concrete.

For the museum design and the important details in its concrete façade, the BBGK architecture firm was awarded countless prizes and made it to the shortlist for the Mies van der Rohe Award for contemporary architecture in 2017. This attention for the museum is also a step forward in processing a painful chapter of Polish history.