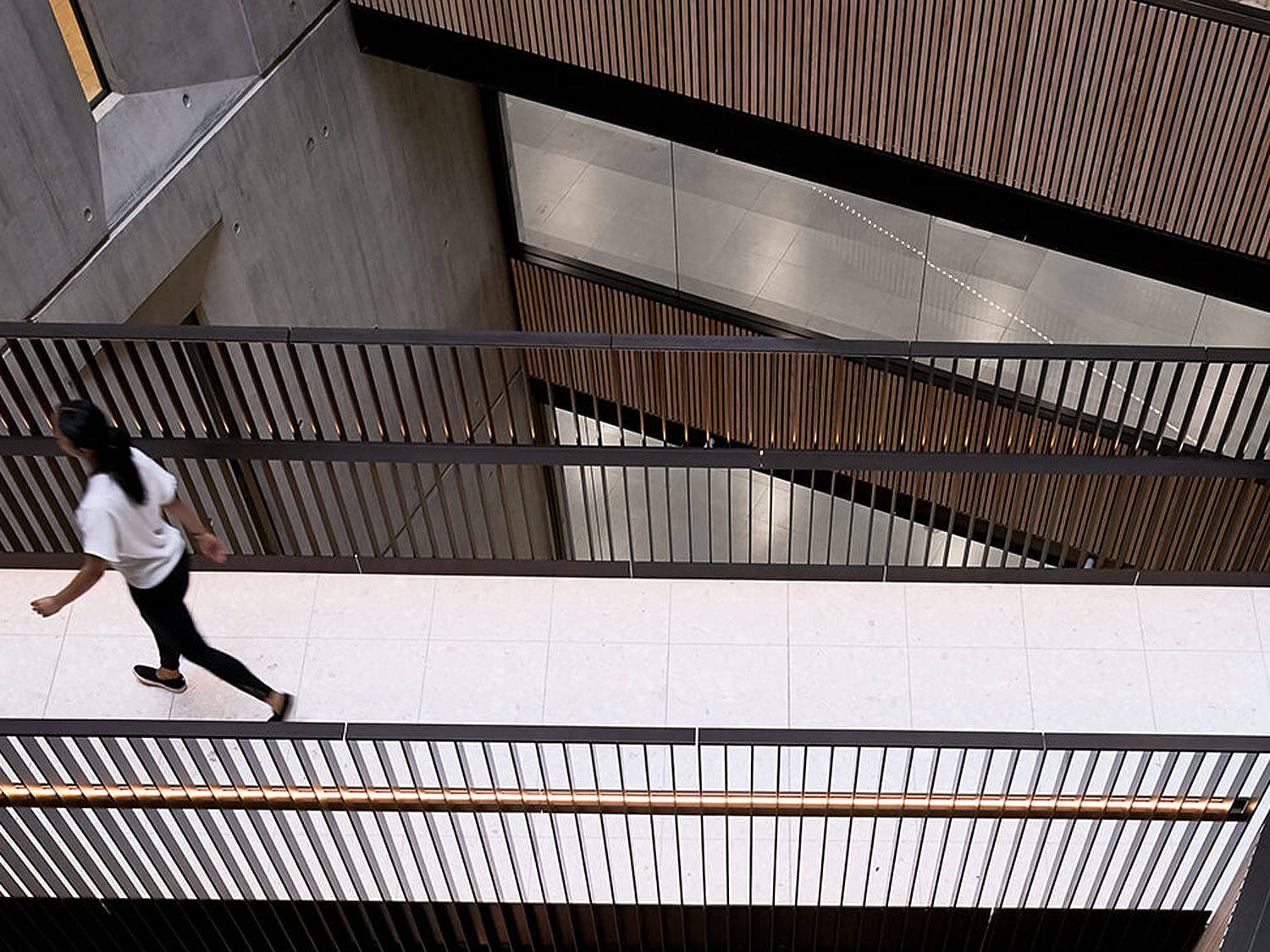 The former BBC studios in London have been home to restaurants, a hotel and apartments since 2018. An exposed concrete detail is a special, impressive interior feature.

For decades, West London was marked by a special building: between 1948 and 1960 the British television network BBC built its TV studios here, known in London as the Television Center. The network had a building constructed in the shape of a donut. For many years this is where TV shows such as “Doctor Who” and the chart hits show “Top of the Pops” were filmed.

In 2010, it was announced that the BBC would move most of its studios to the center of London and shortly thereafter tenders were invited for a new development of the premises. The London office Allford Hall Monaghan Morris (AHMM) was able to secure the contract. “etaining and celebrating the original building underpinned all our work,” says Justine Beaucourt, communications coordinator at AHMM. Architect Paul Monaghan explained that the draft intended to merge old and new buildings so cunningly that visitors and residents would not be able to distinguish which part they were in.

Demolition work in the interior of the building began in 2013 once the BBC had packed its last boxes. The donut-shaped Helios building and the courtyard were at the core of the reconstruction work. The basement of the building now houses a gym and a pool, space for active use is on the ground floor above which 40 hotel rooms and 162 apartments are located. Additional apartments with a view of Hammersmith Park can be found in the neighboring crescent building. The first phase also included the completion of the 2TVC office building and there are plans to develop five more spaces in the coming years.

MODERN TWIST FOR HISTORICAL DETAILS
The style of the existing building played an important role during the designing phase of the exterior and interior areas. “For example, the design of the original stage door and the materials used in this key space, terrazzo, timber linings etc. were used in the new elements, but reinterpreted, with a modern twist,” explains Beaucourt. In this way, the architects could ensure that the newly selected designs would harmonize with the existing details.

When designing the 2TVC, they opted for an open use of concrete as a structural component of the building. In order to provide a suitable setting for the building material, the architects went for a concrete surface with a pattern. “We wanted to incorporate a texture, which would change through the day when observed in different lighting conditions, and from a variety of distances,” says Beaucourt. AHMM has employed RECKLI molds in previous projects and following these positive experiences once again decided in favor of using the elastic mold liners. “We originally envisaged to cast the walls with actual timber boards but this proved to be costly, time consuming and wasteful,” says Beaucourt. Based on their previous experience, the team knew that using molds had advantages regarding each of these points. 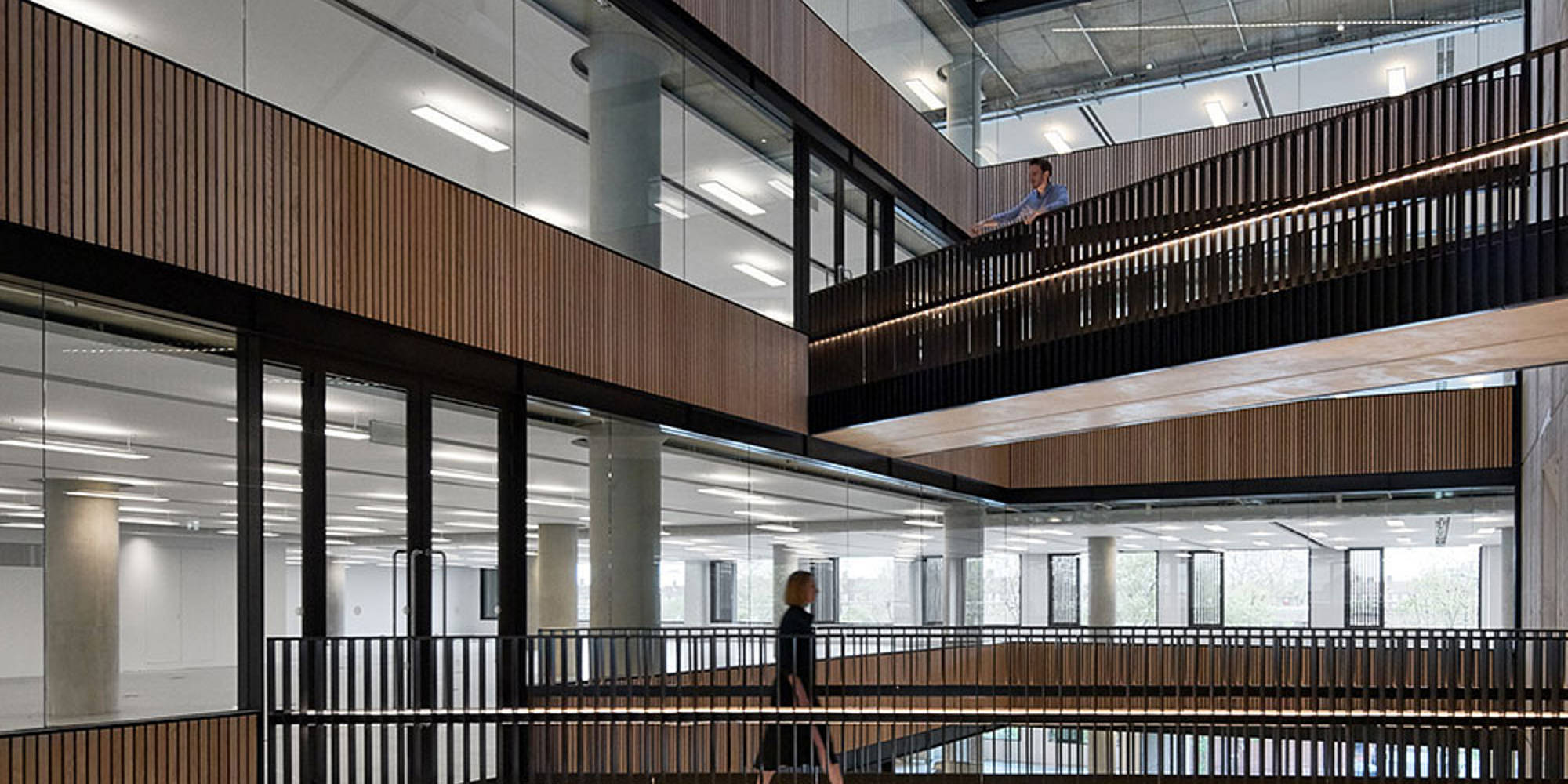 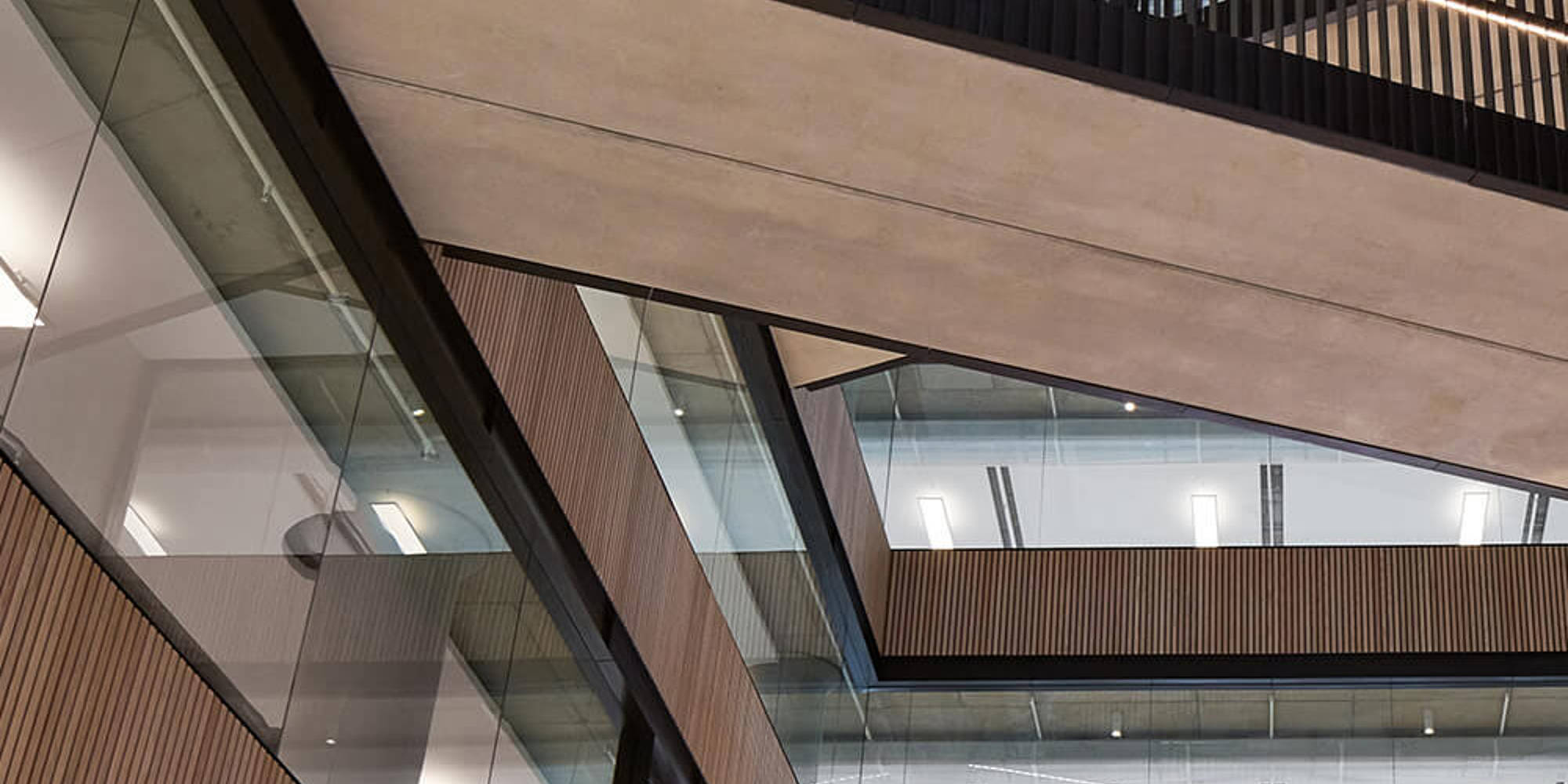 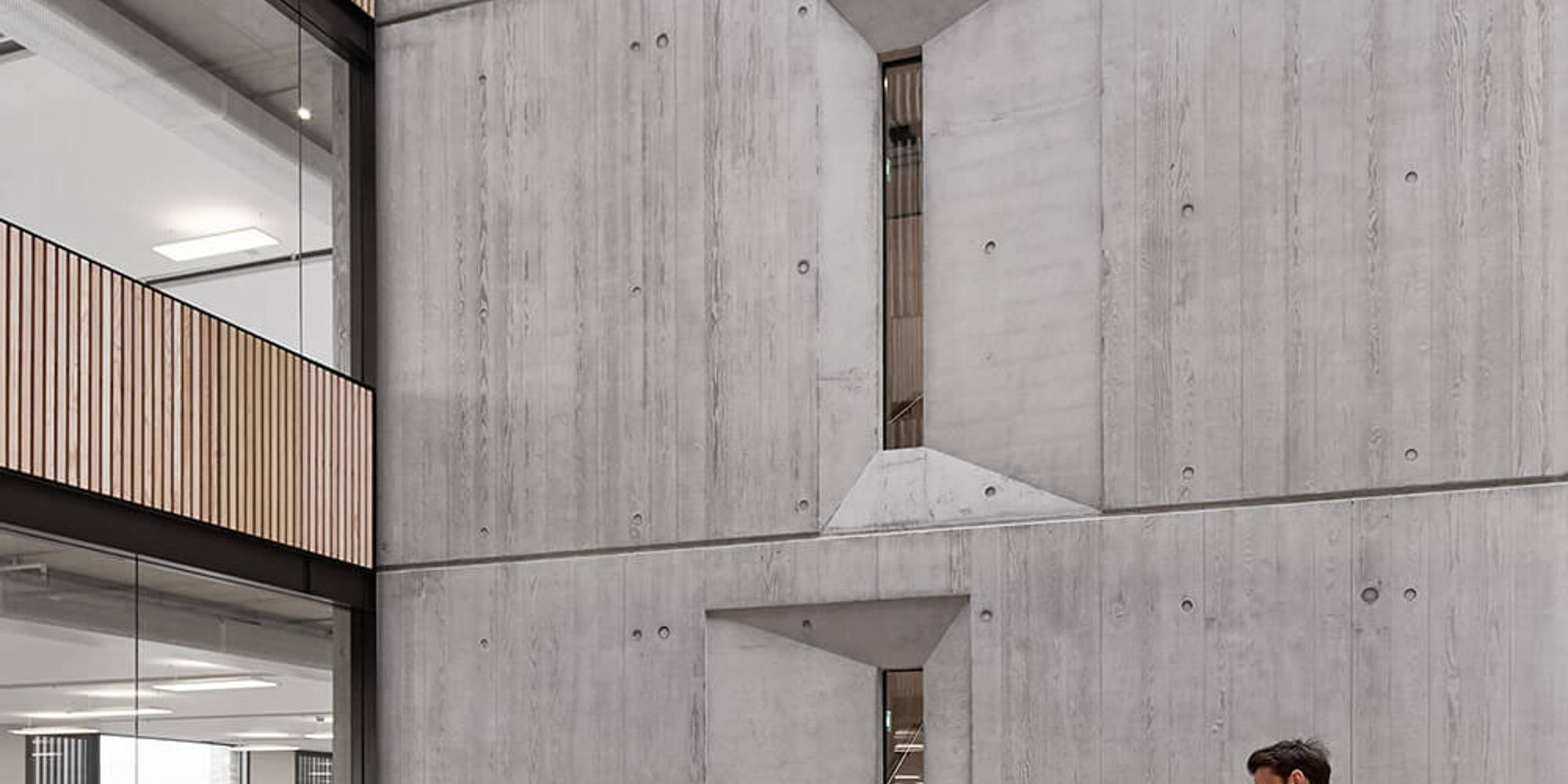 10 STORY-HIGH, EXPOSED CONCRETE WALL
After consulting the British RECKLI colleagues Joe Russell and Wayne Sewell, the architects selected a wooden mold which they wanted to customize, “We bought panels made of Canadian Douglas fir from a local partner in London and cut and arranged it according to the architects’ ideas in order to create a custom mold,” Wayne Sewell, technical sales manager for RECKLI Great Britain explains. Each panel was individually numbered, and the exact position noted on a drawing. The surface of the boards was then reworked to achieve the visual effects desired by the architects.

Next, a model of this master panel which measured 8 x 4 meters was cast, Sewell recounts. RECKLI provided two individual molds for the design of the concrete surface in the interior of 2TVC, which was 18 meters long and 10 stories high.

“We wanted to incorporate some natural textures into the hard spaces, to add some detail and scale to the exposed concrete surfaces,” explains Beaucourt. The plan of the architects proved successful. The modernization work and new buildings were received positively. According to the British newspaper the Daily Mail, numerous former BBC employees secured an apartment in the Television Tower. One BBC producer now even lives in the unit which used to be his office.