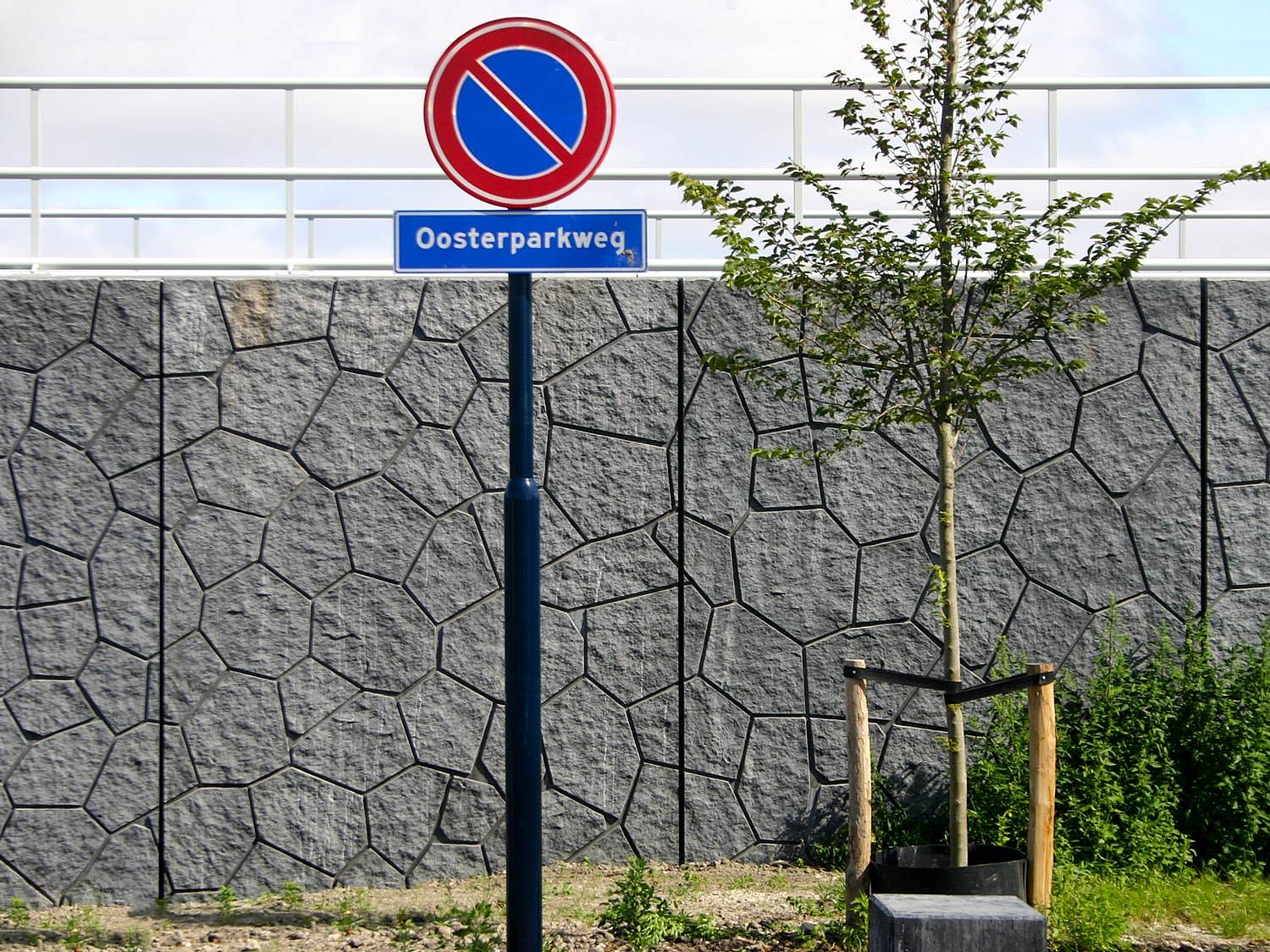 Harlingen is a 15,000-inhabitant city one hour to the east of Groningen. This quaint harbor city lies on the coast of the Wadden Sea, providing the perfect starting point for boat journeys on Lake Ijssel.

The city’s proximity to the water is an identifying feature. It played a vital role in the expansion of the Netherlands’ N31 highway. It was recently expanded to better guide traffic through the city. Gosse Schriemer, Project Manager for the N31 expansion for the province of Friesland, says that the expansion project was about more than just regulating traffic. “The new roadway makes for a better and safer connection between Amsterdam and the Leeuwarden, the northern region of the Netherlands. Built as a sub-surface freeway the old highway freed up space to connect the two halves of the city of Harlingen.” As the N31 cuts through the city, it was important to the authorities that the expansion was better integrated into the area as a whole. The N31 was to no longer be a separating element.

Netherlands-based architecture firm Royal Haskoning DHV designed a two-kilometer-long wall with a tunnel, viaducts, a railway bridge and an aqueduct. “When the authorities decided to expand the road’s capacity, they were met with the challenge of healing the urban structure and reuniting the two halves. That’s why the decision was made to lower two kilometers of the highway,” say the architects. The traverse is an open tunnel expanding 4.6 meters down. Exits to the city center were positioned halfway. Footbridges and the railway crossing create a connection between the city’s two halves. The adjacent landscape was also designed to embed and anchor the new structures into their urban surroundings. 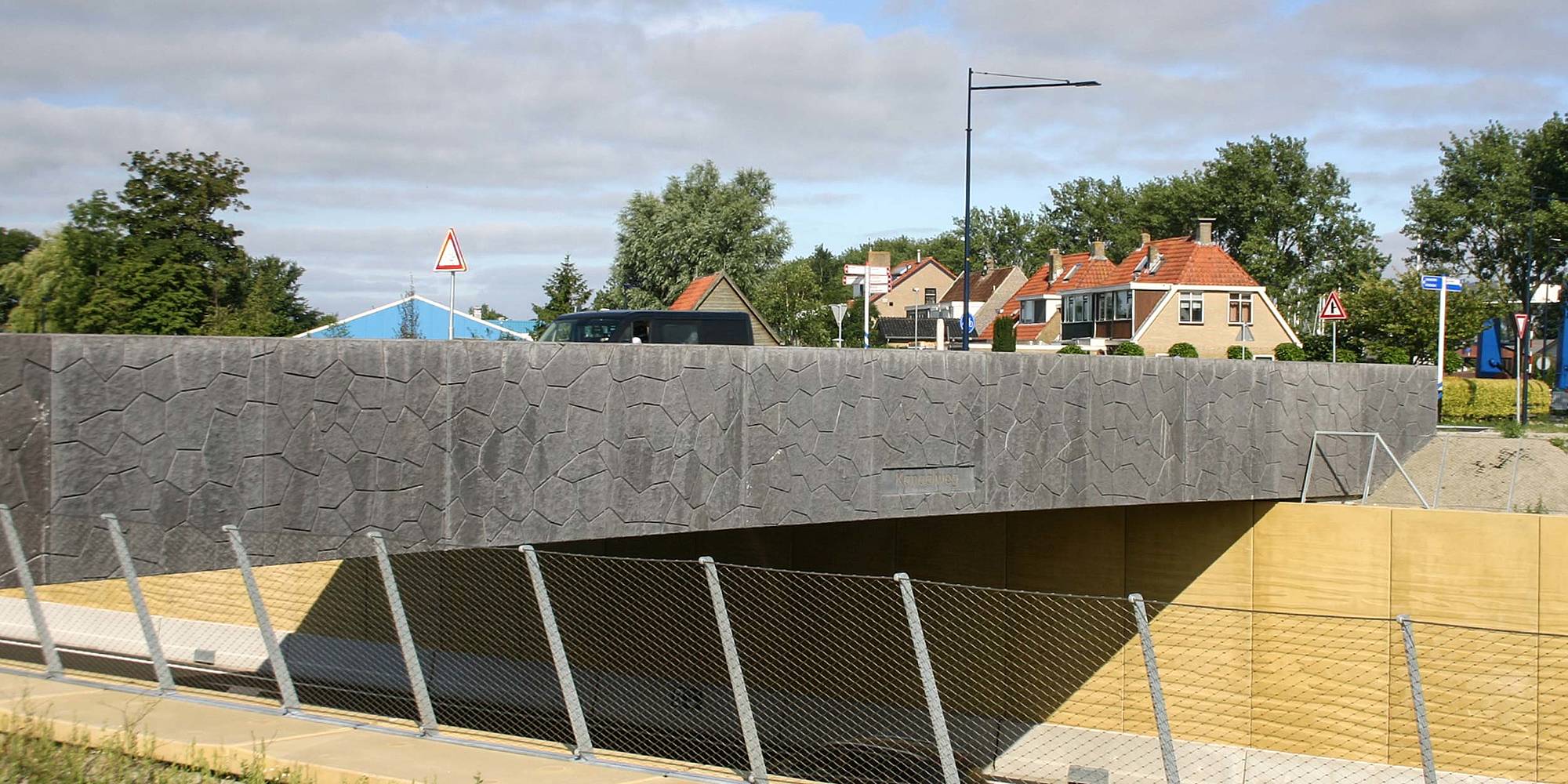 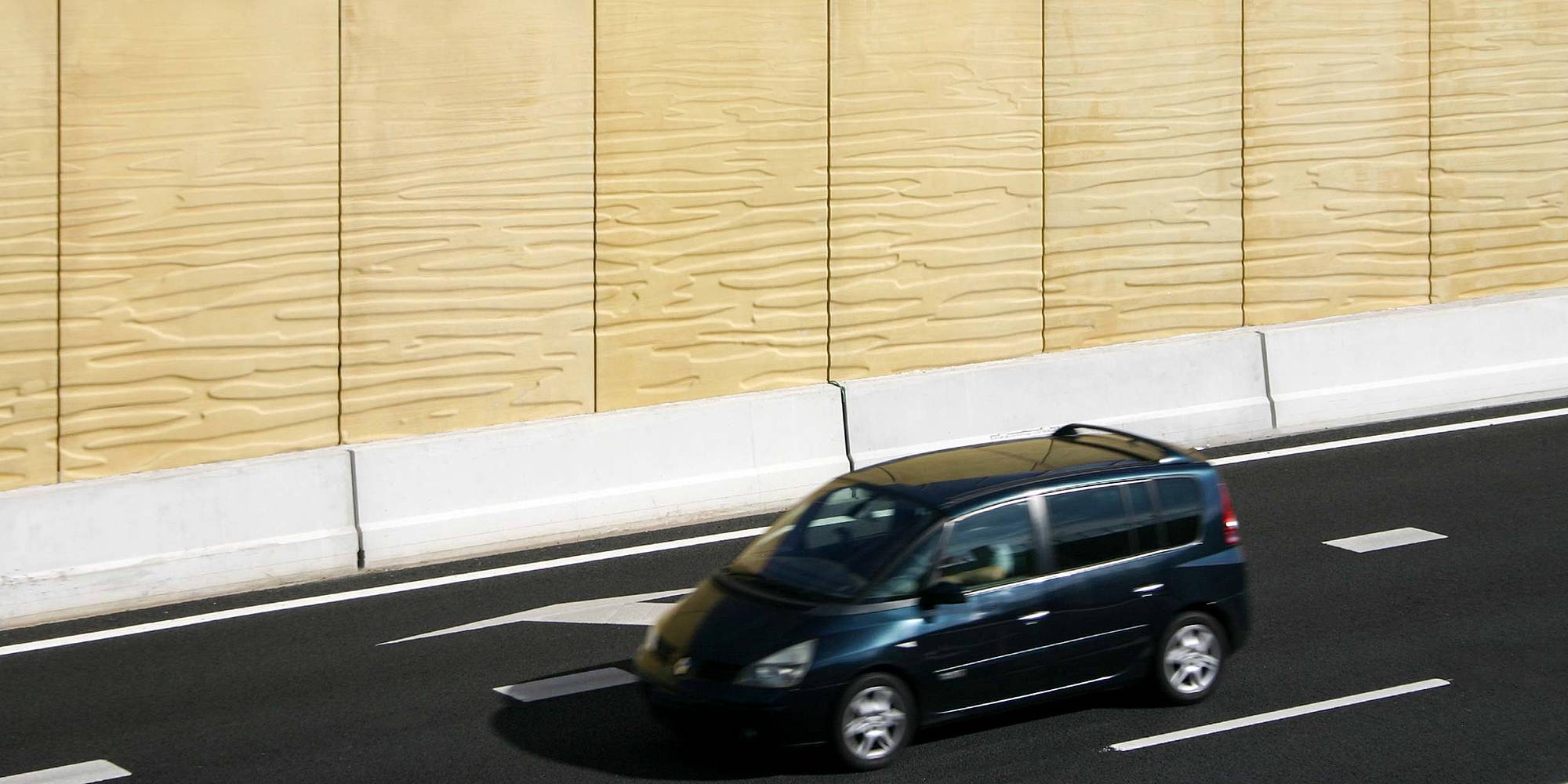 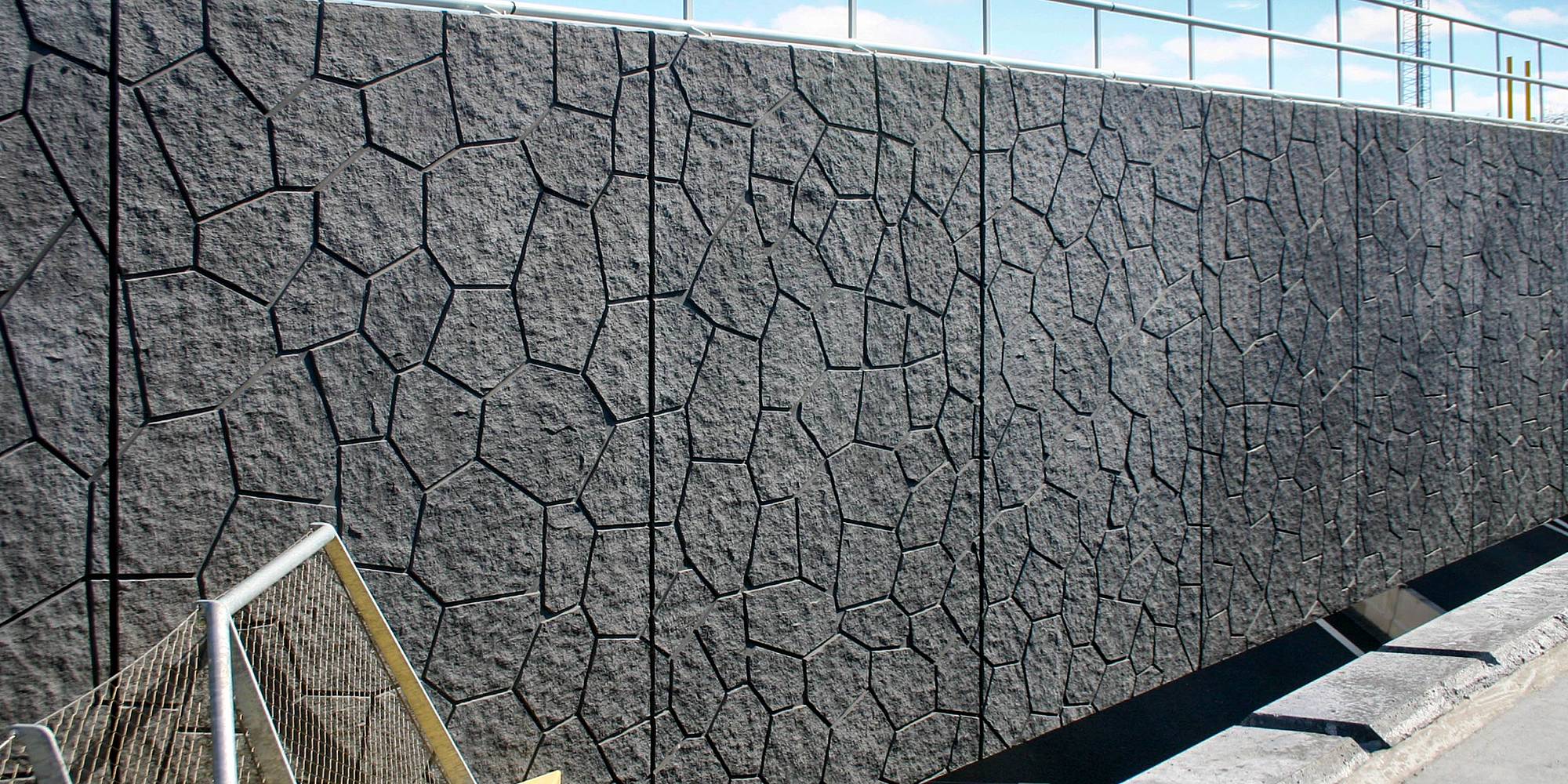 The authorities asked the architects for a specific design for the wall lining the highway. The design was to aesthetically incorporate Harlingen’s location on the Wadden Sea. Royal Haskoning DHV came up with two ideas. “We gave the inside of the wall and the bases of the viaducts a special texture and color to bring across and highlight Harlingen’s identity,” say the architects.

To this end, the concrete was colored yellow-brown and given a texture emulating the Wadden Sea mudflats at low tide. The concrete elements on the bridges were given a basalt texture. The designs were implemented using elastic textured formliners from RECKLI. RECKLI produced custom formliners to suit the architects’ vision. These were then used in Dutch precast plant Hoco Beton to produce precast concrete elements. Four kilometers of the finished wall are now decorated with the Wadden Sea texture.

Although textured concrete elements are very well suited to noise pollution countermeasures, this wasn’t a necessary measure for the N31. “The walls are mere esthetical,” says Project Manager Gosse Schriemer. Fire safety and access to the watertight structure behind the wall, a protective measure due to Harlingen’s proximity to the water, were more important. Drivers appreciate the expansion, while residents are happy about the aesthetically pleasing result.