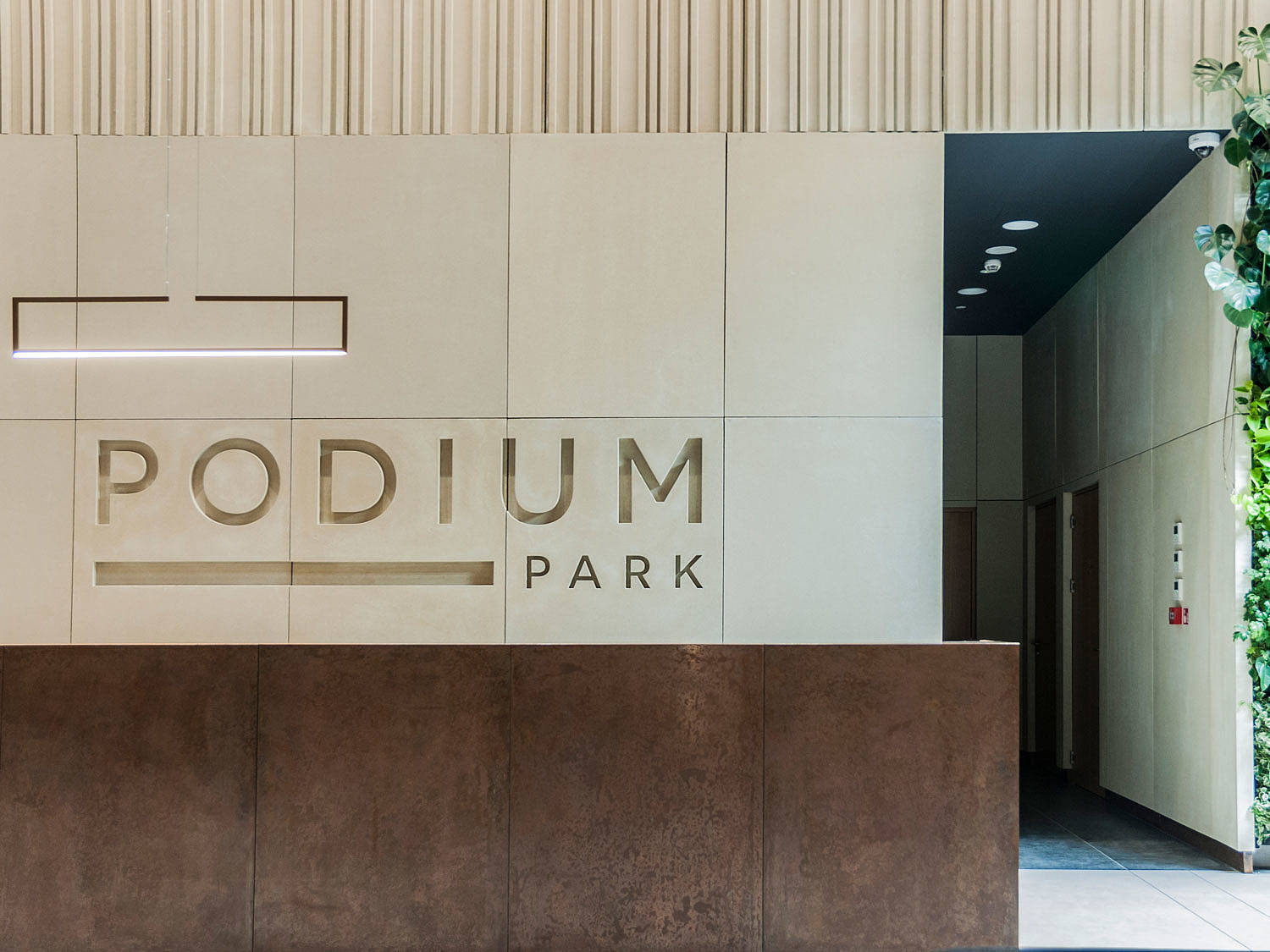 Working from home, new work, digitisation – the way we work has changed rapidly in recent years. In Poland – more precisely, in one of the fastest developing districts of Kraków – the architects at URBA Architects had answers to the challenges that this new working world brings as early as 2016.

Modern and environmentally friendly: the Podium Park
They created the Podium Park there – one of the most modern and environmentally friendly office complexes in Poland. The three interconnected, 11-storey buildings were designed according to the principles of sustainable construction and an ecological lifestyle – from the facade to the furnishings of the offices themselves. People are always at the centre. And the intention to create an environment in which work is not the only priority.

This is expressed in the green inner courtyards, each with an area of 1800 m2, between the two buildings. There is also an “urban farming” zone that offers space for the cultivation of herbs, vegetables and fruit. The two-storey walkway between the buildings is also green – this created two terraces, each with an area of 725 m2, equipped with seating and relaxation areas. The green spaces have been designed so they combine to form a harmonious whole, while at the same time allowing concentration or relaxation.

The noise level in the offices themselves is limited to 40 dB. And thanks to a special air conditioning and ventilation system, there is up to 50% more air in the rooms than required by Polish standards.

A clear edge: RECKLI 1/173 Thur
The high standards of the office complex are also reflected in the choice of materials used. For example, the walls of the common areas – such as the lobby, canteen and café – use textured formliners from the RECKLI SELECT series, which are produced through the interaction of modern machine technology and traditional craftsmanship. The 1/173 Thur design was chosen, impressing with its clear and smooth, vertically running ribbed structure. An interesting detail: the attached wooden ceiling elements continue this concrete structure and were made based on the cross-section of our Thur formliner.

A total of 20 formliners were used for an area of 182 m2. Another 918 m2 were fitted with smooth, sandblasted panels. Another special feature: the concrete used is GFRC - glass-fibre reinforced concrete. This technology reinforces the concrete with glass fibre, which has several advantages. This makes the concrete cheaper and lighter, while also being more environmentally friendly since it requires less cement. The elements were manufactured in the precast plant by KROE under the requirements of class 4 exposed concrete.

BREEAM ‘Outstanding’ certificate
The Podium Park also features a number of innovative solutions. These include: e-car and e-bike rental, 36 charging stations for electric vehicles, 310 bike racks, 27 showers, 294 lockers for cyclists, a mobile bike repair station and windows with 5 cm thick glazing. This not only earned the office complex the BREEAM ‘Outstanding’ certification, as well as a nomination for the BREEAM Awards 2018 in the categories “Commercial Project – Design” and “Regional Awards – Central and Eastern Europe”. The BREEAM Standard is a comprehensive ecological certification system where buildings are rated in 10 categories.

Work and leisure also go hand in hand in the Podium Park, thanks to the integration of a gym, café, medical centre and canteen. The Podium Park is an all-round successful example of the philosophy of new work in action. 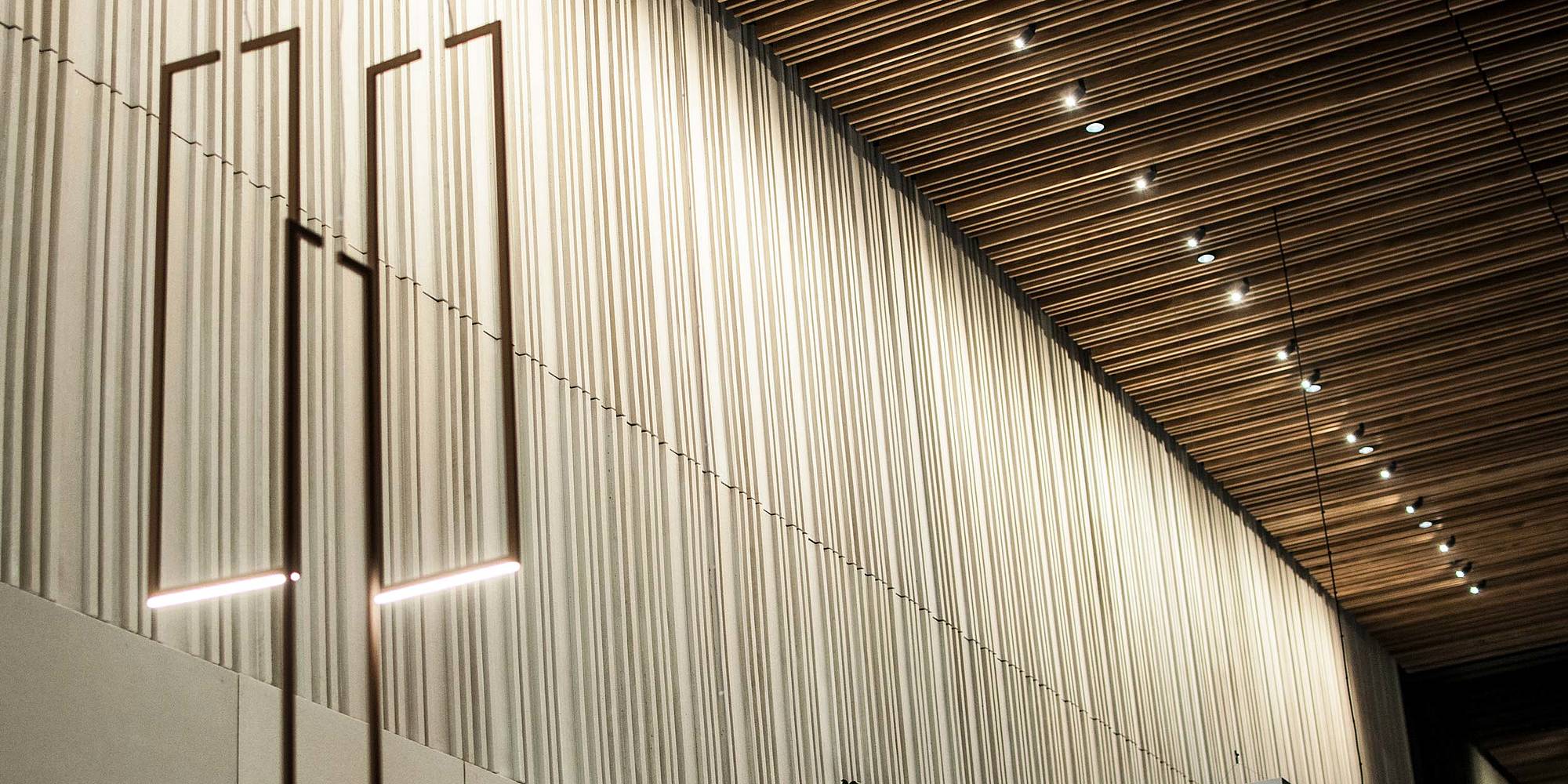 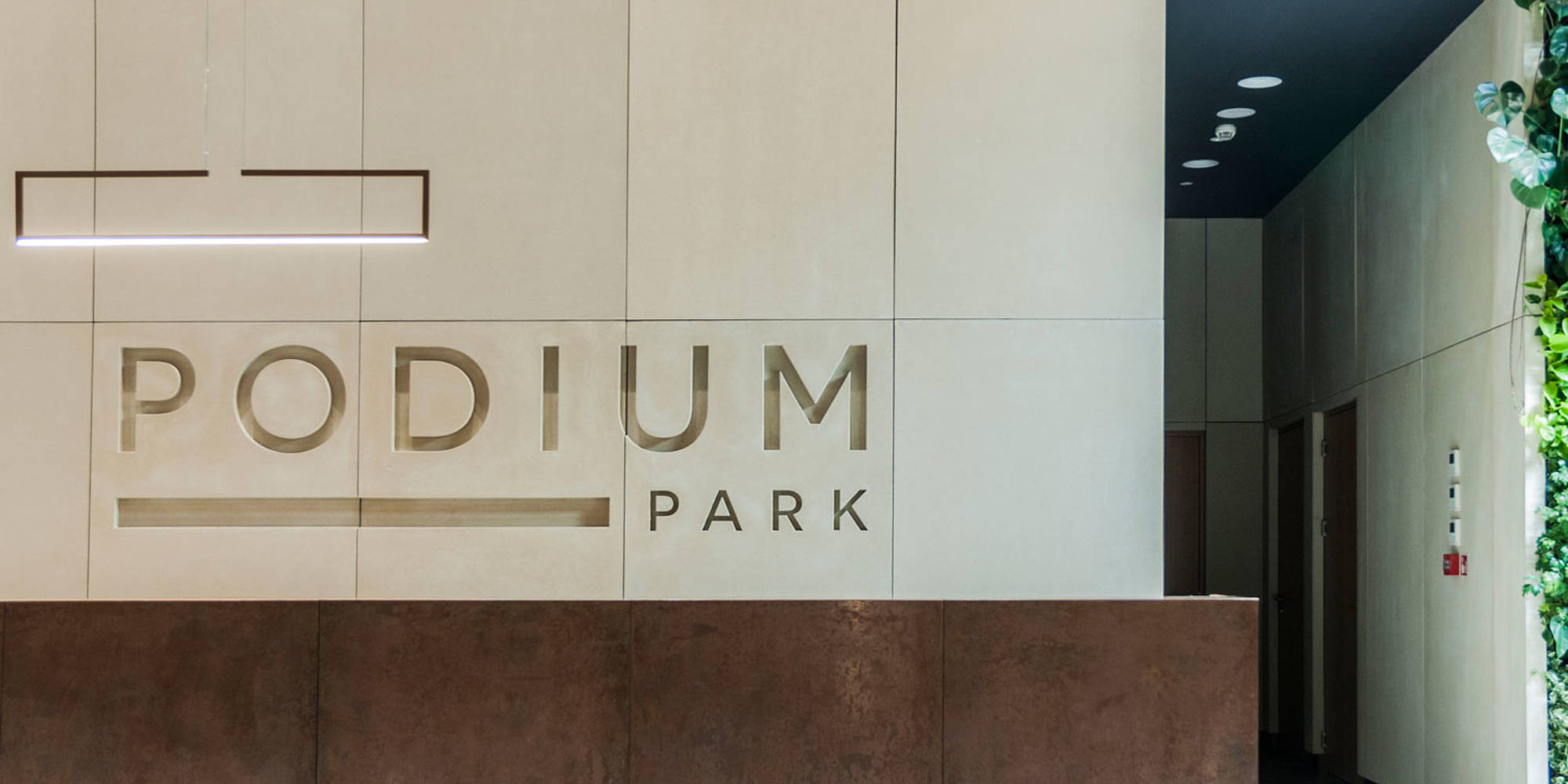